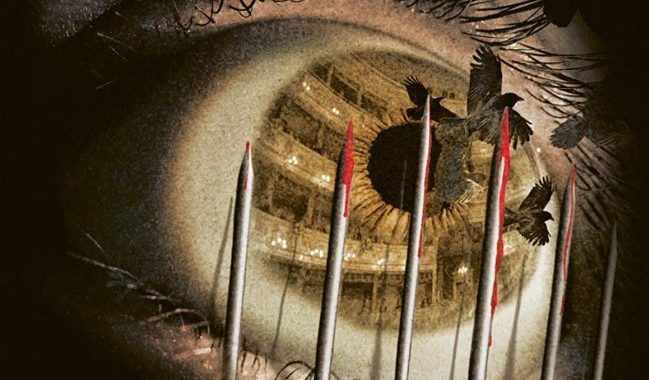 Italian horror maestro Dario Argento made some of the most ground breaking horror thrillers in the 1970s and early 1980s. If Mario Bava paved the way for the Italian horror film in the 1960s, then Argento took it to a different league in the next decade. Of course, big changes to the horror genre were taking place in the 1970s Stateside with the likes of George A. Romero’s films, Brian De Palma and Wes Craven. In Italy, Argento kicked off the decade with The Bird With the Crystal Plumage (1970), a classic giallo thriller about a psychopathic serial killer. Perversity and voyeurism became a staple of the director’s films over the next 20 years. Suspiria (1977) is, in this writer’s opinion, one of the greatest horror films ever made and is a feast for the eyes and ears with all its exaggerated Bava-like lurid colours, bright red blood, camera angles and best of all the jagged and nervy music by Goblin. After Inferno (1980), Argento made Tenebre (1982) and returned to the pure giallo.

Yes, Opera (1987) (sometimes known as Terror at the Opera) is a giallo with all the normal tropes: a leather gloved killer seen P.O.V., voyeurism and sadistic and gratuitous murders. The film has at its centre two of the directors loves: opera and Edgar Allan Poe. In the opening shot we see the interior of a grand opera house (filmed in the opera house in Parma), but dominating the screen is the head and eye of a raven. The many ravens used in the film make references to one of Poe’s best known poems, while the squawking also recalls the sounds in Hitchcock’s The Birds (1963) on an extra on the disc Argento claims that ravens could be seen and heard in the theatre for years). We are witnessing the rehearsals to Verdi’s opera, ‘Macbeth’ and hear the tantrums of the show’s prima donna, Madame Cecova (only seen offscreen in P.O.V.). Madame Cecova has fallen out with the production’s director, Marco (Ian Charleson) who is a horror film director and something of a cruel task master. A short while later Madame Cecova has an accident and her understudy and prodigy, Betty (newcomer, Cristina Marsillach) takes over. She takes on the role with relish and is a sensation.

During the opening night, Betty is observed from a box when he is disturbed by an usher who he murders and causes spotlights to fall and disrupt the performance. Later, when Betty is in her lavish apartment with her boyfriend, and after she admits to her frigidity, she is tied up by the unseen killer who gags her and places taped needles under her eyes so she can see him gut her boyfriend. A couple more murders take place with increasing gruesomeness while Betty tries to investigate the case. The other story that would resonate with viewers is of course The Phantom of the Opera, which Argento would go on to make in 1998 when his career was well on the wane, making Opera probably one of the Master’s most pick n mix horror films. The best of Argento’s films are the craziest ones. Sure, Opera is no Suspiria but has some of the crazy aspects of his best films with other interesting inclusions such as playing classical opera followed by heavy metal when the masked killer is at work. There are also some inventive murders which, despite the at time obvious fake blood, we see him gut a victim to retrieve a stolen bracelet or when her older friend, Mira (Daria Nicolodi, co-writer of Suspiria and Inferno) in a wonderful scene in which we see a large bullet pass through a door peephole people into her face. Then there is the controversial ending…

Extras on the disc are interesting including a lengthy interview with the director and long and expansive home made footage of shooting the film, especially in the Parma Opera House. Other than in the interview with Argento there is little other detail about the making of the film and the cast. Argento explained how he had a very difficult production, exacerbated by his difficult relationship with young actress, Cristina Marsillach, to the point where they could not even communicate directly with each other. The 2K scan also looks great on this Cult Films release, only bettered by their 4k release of Suspiria. The other star is British actor Ian Charleson who plays opera director, Marcus. Charleson had starred in Chariots of Fire (1981) and appeared in Gandhi (1982) but had already been diagnosed with HIV and would sadly die of AIDS in 1990. However, no matter how crazy Argento’s films are, they are always fun and interesting and proved to be among the last of his good films.