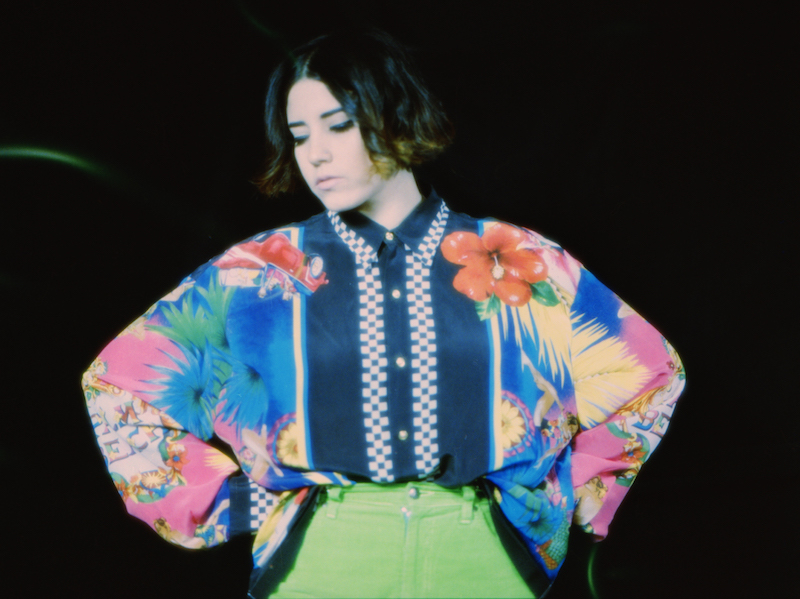 Luminelle Recordings is pleased to announce new signing Jackie Mendoza, and present her new single, “De Lejos.” Born and raised in the San Diego area, just a mere 10 minutes away from the border, Jackie Mendoza’s equally influenced by the geography and personal experiences from her hometown, as well as the culture of her motherland, Tijuana, Mexico. She grew up listening to Latin pop songs at family parties, and as a result, sings in both Spanish and English, blending Latin-driven dance beats, electronic pop, and colourful soundscapes.

“De Lejos” is the perfect first taste of Mendoza’s eccentric sound. Written about the emotional difficulty she faced while being in a long distance relationship with her girlfriend, “De Lejos” originally had a ukulele, synth-pop backbone, but after working with producer Rusty Santos (Panda Bear’s upcoming Buoys), it eventually took the form of a ballad with a minimal beat. “We transformed the sound of the ukulele and stripped down the instrumentation so the message would be the centrepiece of the song. It’s a big step out of my comfort zone, but I’m really excited about its final form.”

News of Mendoza’s debut release will be announced in the coming weeks. She will return to SXSW this year, following last year’s performance where she was highlighted in NPR Music’s The Austin 100 and featured in The New York Times’ “17 Acts That Stood Out.”  She will also play at (le) poisson rouge and Baby’s All Right in New York, where she currently lives.