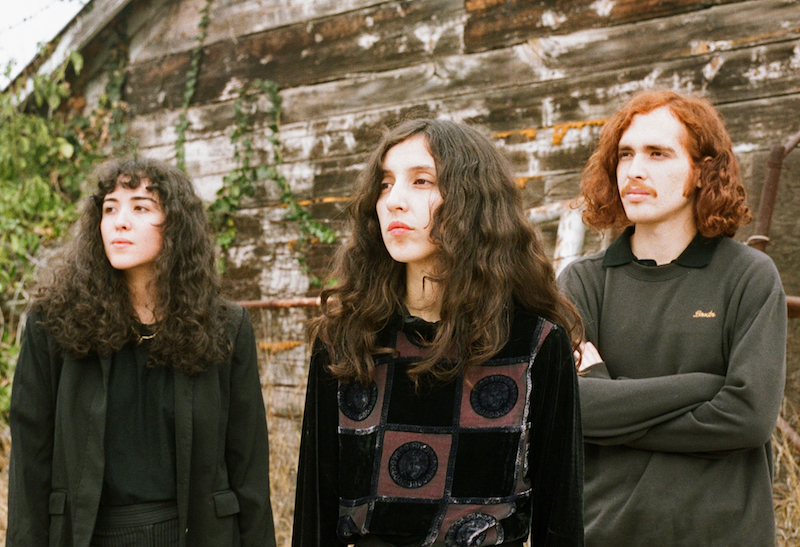 Speaking about the new song, the band said: “‘Vamos Rapido’ is about how quickly time can pass by, the rhythm of people and how to find your own around others.”

With their 2018 debut ‘Pasar de la Luces’, released on Innovative Leisure Records, Mint Field made an album that couldn’t come from anywhere other than Mexico. It’s a unique combination of psych rock, dream-pop, shoegaze and krautrock, dreamt up and shaped by Amor Amezcua and Estrella del Sol Sánchez under the skies of Playas de Tijuana. Organic, spacious and inhabited, their music was driven by furious drums, dramatic basslines and distorted guitars. One year later, and the band has played more than 80 shows across Mexico, USA and Europe. They’ve played festivals such as Desert Daze, Pitchfork Music Festival Paris, Ceremonia, SXSW, toured with Ulrika Spacek and have opened for the likes of Courtney Barnett and Franz Ferdinand. Their music was also been chosen by Dior to illustrate its collaboration with the eight Mexican photographers who captured a collection inspired by escaramuzas, Mexican female riders who compete in the male-dominated rodeos.

Mint Field has since become a trio, with bass player Sebastian Neyra joining the band for the ‘Pasar de la Luces’ tour. Written on the road and recorded in a couple of days during a stop-off in Los Angeles, Mint Field’s new EP ‘Mientras Esperas’ is more dry, more distorted and more powerful. It captures the essence and the intensity of their live sound and energy. This EP is a reflection of the band’s feelings towards the modern world: the lack of care for nature and what surrounds us, our selfishness towards it and our thoughtlessness of what we are about to lose. It’s about questioning your role, carving your own path and acquiring peace of mind throughout it all.mind through all of this.