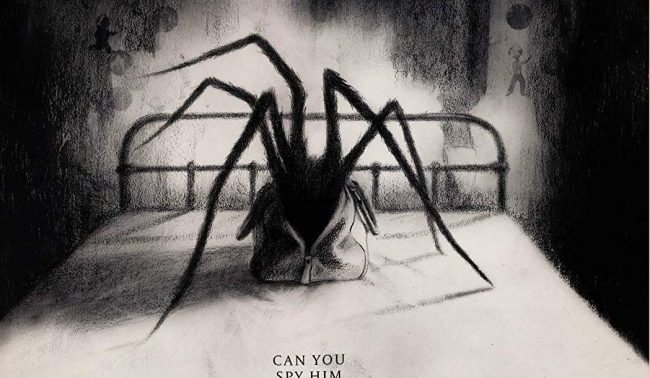 What is a horror film other than an exploration into the darkest corners of our consciousness and imagination. Mary Shelley explored this with ‘Frankenstein’, as did Bram Stoker with ‘Dracula’ and Sheridan le Fanu with his ghost and vampire stories. Other writers such as Angela Carter have taken the fairy-tale and used them as a conduit into a deeper exploration of the human psyche. Whether it is Norman Bates, Michael Myers or Freddy Krueger, cinema has also used horror as a medium to investigate the id in the Freudian sense. Some film makers have used the horror genre to delve into the dark roots of mental health, how something from our past continues to haunt the psyche to the point that it manifests itself in a real world setting. This form of madness has found shape in the works of David Lynch (Eraserhead, 1976), Barton Fink (1991) and in the underrated powerful British film by David Cronenberg, Spider (2002). Andrei Tarkovsky too has explored the temporal space of childhood memory in Mirror (1974) and the wasteland of the zone and forbidden room in Stalker (1979). The debut film by Matthew Holness, Possum (2018) in similar fashion explores these familiar themes.

Possum appears to be possibly set in the 1980s or 1990s, but does not give many clues as to when it is set other than old British Rail rolling stock, although it does have a sense of the recent past. It opens with a train journey and the nervy Philip (Sean Harris) travelling back to East Anglia with a brown leather holdall. On the train he creeps out a 14-year-old schoolboy. We later learn on a news report that the boy has been reported as missing. Philip has recently been dismissed from a job as a puppeteer for undisclosed reasons. He heads back to an old house from his childhood. The home is rundown and shabby with damp, peeling wallpaper and is unclean. The grizzled Maurice (Alun Armstrong) lives here, unkempt, dirty and nicotine stained. It is soon obvious that there is an uncomfortable relationship between Philip and Maurice. Meanwhile, Philip’s holdall contains his very unusual puppet, a ceramic looking face with long hairy spider legs. As much as he tries to get rid of the ‘puppet’, it keeps reappearing. Philip’s paranoia grows more intense to the point he is heading for a breakdown and sees the puppet Possum leering at him or it’s spidery legs crawling towards him.

Beyond this, little else happens in Possum with only Harris and Armstrong being the main characters. Both performances are intense and well fleshed out. It’s not until the end of the film we understand the root of Philip’s psychosis and paranoia. Until then not much makes much sense – what possum represents, what’s behind the locked door in the house and what happened to Philip to make him so unbalanced. Harris, an actor who always seems to have an intense look on his face who could flip at any moment, whether in the blockbuster Mission: Impossible films or as the hunter of hikers in A Lonely Place to Die (2011). Director Holness takes on board that less is more which of course works to its benefit and is a film that should go down as a low budget classic and we look forward to more from him. The music is provided by the The Radiophonic Workshop, the group behind the Doctor Who soundtrack. It is less a music score as sound design and assists in adding the terror and atmosphere to the film. At 82 minutes the film is brief, but effective venture into the id.