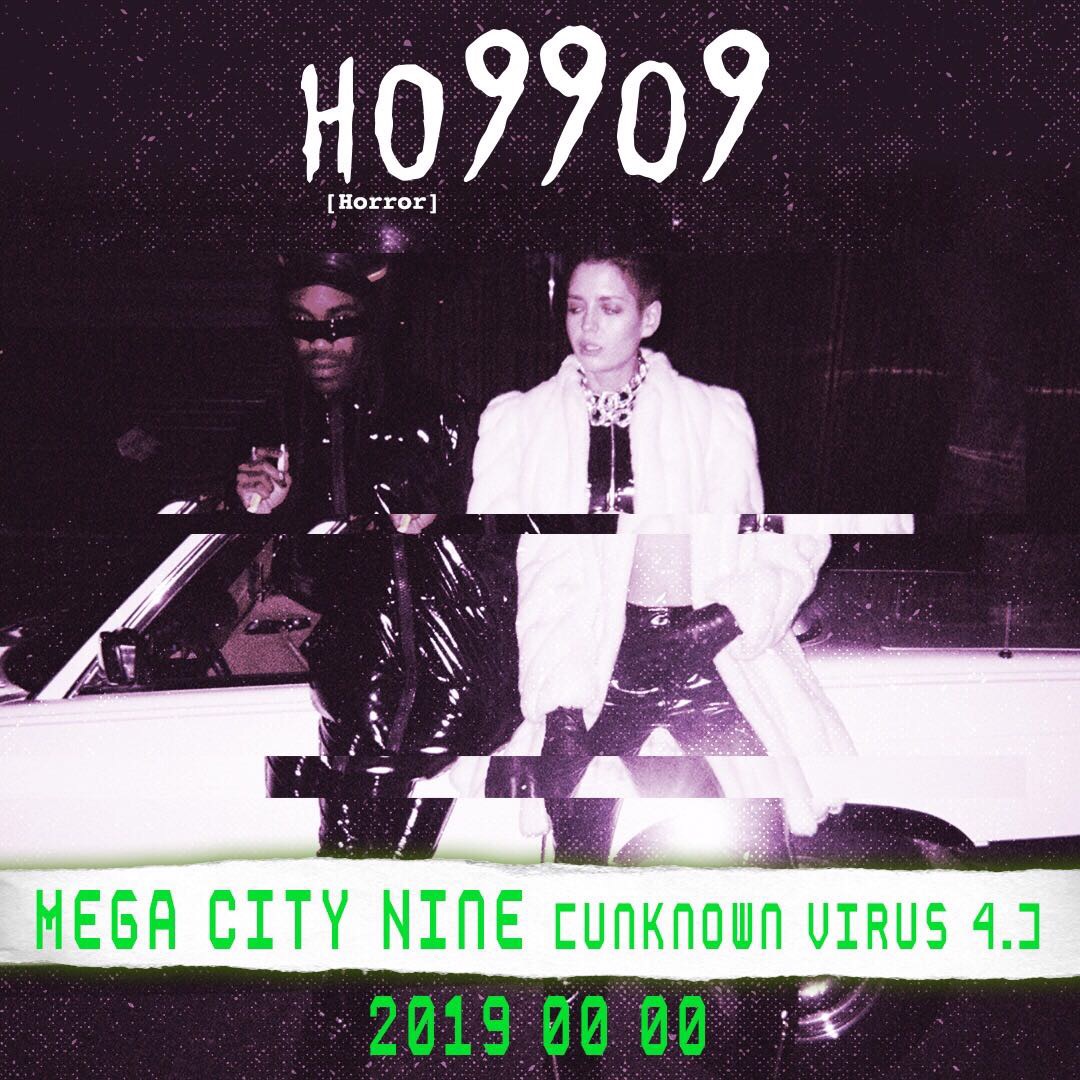 Featuring footage from Ho99o9‘s various global travels plus scenes shot in their adoptive home town of Los Angeles, overlooking the downtown skyline, the music video for ‘Mega City Nine’ gives a glimpse into all things Ho99o9. It was written and directed by theOGM and Eaddy themselves.

Ho99o9’s recent exploits have included a performance at Travis Barker’s Musink Festival and a stint supporting The Prodigy in the UK late last year. They’ll be bringing their wild live presence to further cities soon with the ‘Is It Safe To Internet?’ run of European shows in April, which includes a headline show at The Garage in London on 29 April, with support from Plack Blague. Ho99o9 are also set to support Korn and Alice In Chains on tour in the USA this summer.

Expect more from Ho99o9 in the near future.