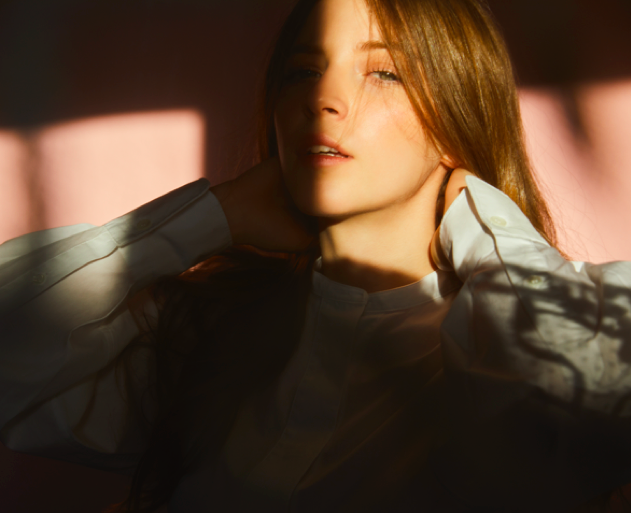 Jade Bird – the UK’s most treasured new voice – has shared her triumphant new single ‘My Motto’. Released today on Glassnote, ‘My Motto’ is the latest single to be taken from Jade’s hugely anticipated upcoming debut album due for release on April 19th.

‘My Motto’ sits at the very heart of Jade’s album, encapsulating everything that she’s become so well-loved for. Written about the realisation that sometimes, to save yourself, you have to give up the painful cycle of trying to fix a relationship and move on, ‘My Motto’ is a soul-baring masterpiece destined for greatness.

‘My Motto’ is another remarkable taste of what is to come on Jade’s first full-length in April. It also comes in a long line of magical singles that have cemented Jade as one of the UK’s most exciting new talents. Her fiercely authentic and fearlessly raw sound has also set her out as being a total breath of fresh air in the current musical landscape. Her last 4 singles (‘I Get No Joy’, ‘Love Has All Been Done Before’ Uh Huh’, and ‘Lottery’) have all gone straight onto the playlist at Radio 1, and have seen her perform on TV on both sides of the Atlantic (with performances on Stephen Colbert, Jimmy Fallon and Jools Holland under her belt already).

Featuring just a small handful of those previously mentioned stellar singles, including ‘My Motto,  ‘Jade Bird’ the record is a stunningly confident journey that explores finding, losing and most importantly observing love – in all its different forms. From the very first listen, it feels impossible to believe that Jade Bird is still only 21 as she effortlessly leaps between hugely challenging themes like divorce, disillusionment, cheating and sorrow.  However, these moments of sadness are constantly challenged with heaps of hugely uplifting and joyful songs and as a whole, the record is laced with boundless energy and positivity. Ultimately, it’s the sound of a young woman in full control, with stories to tell and observations to share. If 2018 was the breakthrough year for Jade Bird, 2019 will be the year she takes flight and soars.

Jade Bird’s debut album will be released on April 19th.

Jade is currently on tour in America, supporting Hozier and Father John Misty & Jason Isbell on their run of dates and when she returns, she will support Tom Walker on his UK dates too.  All in preparation for a summer spent playing festivals across the globe, including a recently announced show at All Points East in London, and her own autumn headline tour in the UK too. Expect news on that soon.