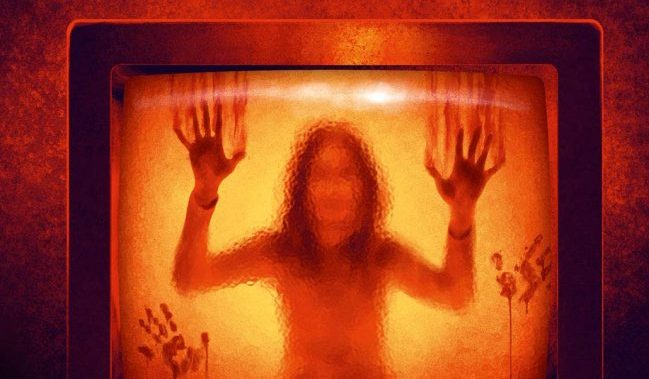 Released by Arrow Video in dual format Blu-ray and DVD, the low budget indie horror film Kolobos (1999) starts off well with the main theme to Goblin’s soundtrack for Dario Argento’s Suspiria (1977) with more than a hint of the Italian giallo style POV shots of a leather gloved hand doing such things as changing a lightbulb and generally being up to no good. This is a long neglected low budget horror film that is let down by some poor acting, so-so special effects and an overall cheap look. It was made by Daniel Liatowitsch and David Todd Ocvirk (written with Nne Ebong) whose only feature film credit this was. The team had recently graduated from film school and went ahead with the project and did the usual struggling to get funding and investing.

The basic story of this film is a slasher that brings in the style of the Italian giallo horror films (especially Dario Argento), Scream like characters and has a resemblance to the likes of House on Haunted Hill that had originally been made in 1958 and was remade the same year as Kolobos, 1999. It is clear that the filmmakers want to bring in some of their favourite horror film ideas to bump off the characters. The opening part of the film begins with a P.O.V. mystery with a couple who are driving in the rain when they hit a girl with their car. The girl has been all slashed up with a scalpel blade and has apparently lost her memory. The doctor tries to ask her questions and slowly a story comes back to her after uttering one word: “kolobos”.

We flash back a couple of days and meet a mysterious artist, Kyra who makes haunting paintings and drawings and 5 others who have agreed to take part in an anthropological experiment to spend time in a house and be filmed. One of the participants is Erica who had previously been in a slasher film and on the first evening they sit down to watch one of their films. That’s when the first victim is killed and the body count starts with ever emerging inventiveness while Kyra is haunted by visions of Faceless, the bogeyman from her nightmares and witnesses bloody deaths.

The film has grown in cult status over the years and it’s release on Arrow Video will help to serve that further. It is worth seeing for to spot the influence of horror films including the reference to Lucio Fulci’s infamous eye piercing scene in Zombie – Flesh Eaters (1979), any number of Argento films and other giallos as well as The Shining (1980) with some of the music and sound effects. Elsewhere, it has smatterings of My Little Eye (2002) and Saw (2004). So a real horror film buffs delight and sadly overlooked. Once again, were it not for some irritating characters and poor acting there is a decent film here trying to get out with some pretty decent inventive as well as familiar moments of death and gore. I’m afraid you’ll have to watch the film to know the meaning of Kolobos.

The accompanying extras help support the development of the film as an emerging cult film. Extras include interviews with the two directors  and Ebong, as well as interviews with film’s composer William Kidd who like the directors mentions he discusses his borrowings (but does not mention the use of the Suspiria theme). Another interview includes with Faceless actor Ilia Volok who explains how he approached the role with great seriousness.