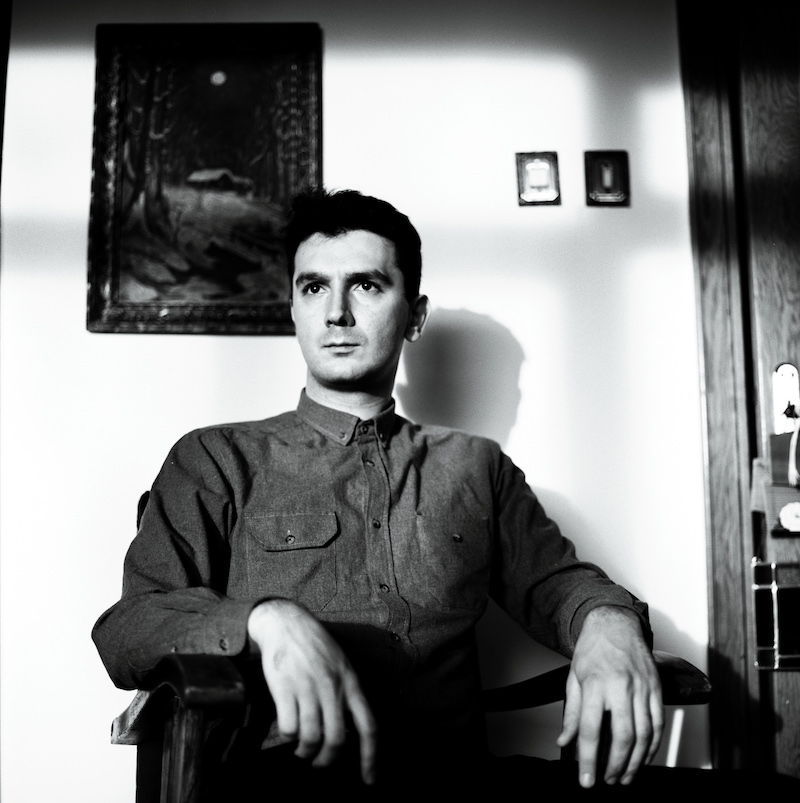 Istanbul-based Jakuzi are sharing another slice of their dark-wave synth sounds with new single “Toz“, the track is taken from their new album ‘Hata Payı’, which is set for release April 5th via City Slang.

Director Eli Kasavi said the following about the “Toz” video, “It’s connected to the band’s previous video ‘Şüphe‘ where the main character watched a dancing couple with a feeling of doubt. That character has left that place now and is dancing by himself.”

Istanbul synth-wave vanguards Jakuzi turned heads in 2017 with the release of their debut album ‘Fantezi Müzik’ which showcased their modern Turkish underground music to the world. This record saw the band go against what you would stereotypically expect from a male-fronted band out of Istanbul – Turkish music is not necessarily known for being a genre where men are introspective – but Jakuzi’s gothic sensibility addressed the personal psychological issues they were facing.

When they originally released their debut on cassette in 2016, no one expected it to leave their circle, especially not the band themselves, but the record was re-released with new tracks in early 2017 via City Slang Records and immediately gained more attention than anyone anticipated. All of this seemed to happen overnight, with praise from international outlets like The Quietus & The Guardian and the band also got to play sold-out shows with their musical idol John Maus.

Despite all the positivity that came with this, it came not without issues. The reality for a band in Turkey is challenging, both from an economical and personal perspective. Singing in Turkish for Jakuzi vocalist Kutay Soyocak is important to express himself, but it also means that the opportunities are limited. There are no playlists in for Turkish DIY dream pop darkwave bands, their songs will not be played on the traditional radio shows and there’s no mass market for attending punk shows. Jakuzi will always end up as the outcasts in the corner, even if your plays stack up to over two million. Paving your own path is hard, and not always rewarding.

But Jakuzi were not willing to give up. Arriving two years after their debut, ‘Hata Payı’  (literally translated as ‘’a part of the mistake”) delves deeper and explores further all the feelings that were touched upon in their debut – what it’s like to be a young adult growing up in Istanbul, having success and then having to live up to expectations, being an artist in a country that doesn’t necessarily support your work, managing personal relationships and also addressing mental health. ‘‘Hata Payı’ ’brings a more refined, darker sound to the surface, exploring the human condition.

Speaking about his personal journey creating this record, Kutay said: “I think my melancholy comes partly from where I live. This can be seen in the lyrics. I sometimes feel dark, lost and lonely as everyone. Here, the economy and politics make me feel hopeless sometimes. The future seems blurry but we try to keep our hopes high and continuing what we do. The audience is getting bigger every day and they support us and it is just pure love in our gigs.’’

As a result, Jakuzi are here to offer a home to anyone who has ever felt out of place. Instead of sinking into his personal abyss, Kutay Soyocak croons and purs his heart out on ‘Hata Payı’, which blends elements of dark wave, krautrock, post-punk and British early 80s synth sounds in the hope that by confronting and observing his inner demons, he’s able to help himself and also the listeners.