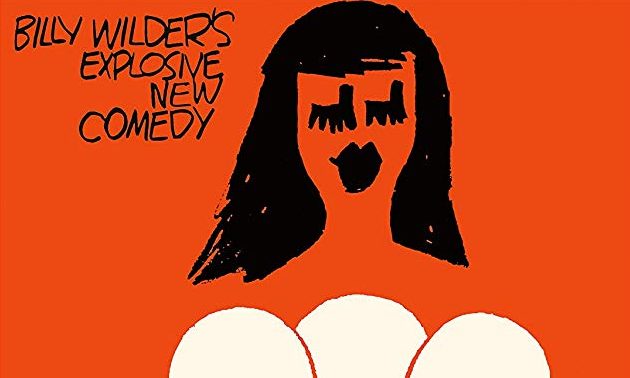 Billy Wilder was riding high in the early 1960s with a string of successes behind him. His previous two films, Some Like it Hot (1959) and The Apartment (1960) were huge box-office and critical hits. Following this latter film, Wilder turned his particular brand of comedy to something broader in the European set One Two Three (1961). This comedy would take on the European style of such masters as Ernst Lubitsch, although the comedy would take on a pot pourri of comedy styles including farce, some slapstick and plenty of screwball. Driving this, as well as the script by Wilder and I.A.L. Diamond is the charismatic comic performance of James Cagney towards the end of his career. In fact this would be Cagney’s last film until Ragtime (1981) and hardly surprising given that on record Wilder would make Cagney do take after take until it was right, making the shoot a miserable experience for him. Either way Cagney pulls off a superb electric performance.

Cagney plays the Central European executive of Coca-Cola, C.R. MacNamara, a brash capitalist who is used to getting what he wants (sound like someone in the news?). Based in West Berlin, he has his eyes on a transfer to London. Even though he is in West Berlin he lords over the Coca-Cola empire like a King. His wife (Arlene Francis) is bored and wants to move back to the US Coca-Cola headquarters in Atlanta. Meanwhile, ‘Mac’ receives a call from the CEO of the company (Howard St. John) that his handful of a daughter needs looking after. Seeing this as an opportunity for a promotion he agrees. Mac meets Scarlett (Pamela Tiffin) (for an Atlanta girl, what better name) off the plane at Tempelhof Airport. But she has flirted with the cabin crew and Mac is told that she has joined them. Scarlett is a southern belle, somewhat dumb and very flirtatious. She is indeed going to be a handful.

In the next month, Mac’s wife calls to say that Scarlett has disappeared. It turns out she gone across to East Berlin and has met a young idealist communist student, Otto Piffl (Horst Buchholz). Mac tries to intercede and before long discovers that she has not only been slipping across to communist East Berlin, but has married him and gotten pregnant. Piffl has promised Scarlett that they can move to Moscow and if they’re lucky get an apartment with a bathroom right across the hall. Naturally Mac tries to stop everything and finds the situation getting out of control when he learns that Scarlett’s father is on his way over.

If much of the humour, the characters and the situations have an air of familiarity about it, it is hardly surprising to learn that Billy Wilder had also written the script for the classic Greta Garbo comedy, Ninotchka (1939), the film for which the publicity said, “Garbo laughs”. The three Russian commissars in One Two Three also bear a striking resemblance to those in Ninotchka. Indeed the comedy is fairly frenetic in Wilder’s later film, some of it works, some of it working less well. Some of the satirical gags often miss the mark or sound a little cliched to a modern ear. Nevertheless, there are plenty of puns and sight gags that would have worked for a contemporary audience, such as when one commissar bangs a shoe on the table during talks to get attention, echoing then Soviet Premier Krushchev doing the same at a meeting at the United Nations.

The transfer looks good in its HD 1080p widescreen presentation shot on location in Berlin (West of course) and Wilder just about gets away with the German cliches (he was Austrian born after all and spend his formative career in Weimar era Berlin, fleeing Germany when Hitler came to power). He plays with the Prussian cliche with the clicking heels and a few almost Dr. Strangelove like outstretches of the arm salute. Of course Wilder is also mocking both the brash Capitalist (a Trump-like autocrat) as well as the communists and does this in spades. The only notable extra on the disc is a discussion on the film by Neil Sinyard.