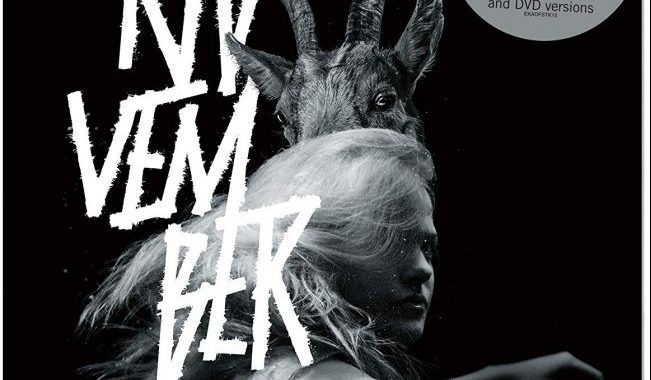 Recently Eureka Entertainment released the classic Finnish folk horror film, The White Reindeer, a film that draws on Laplander mythology in which the recently married wife of a reindeer herder finds herself bored and visits a shaman. Not long after she becomes a shape shifting white reindeer vampire luring men to their death. Indeed folk horror has had something of a critical resurgence recently, even in the UK with the ever popular The Wicker Man (1973) and a variety of other releases and recent films such as those by Ben Wheatley, the BFI re-release of the low budget folk horror piece, Requiem for a Village (1975) released on their Flipside sub-label as well as the bizarre and ever popular re-evaluation of the old late night public information films. Another such release is the 2017 Estonian horror film, November. As well as drawing on Estonian folk mythology the films also clearly evokes the likes Jan Svankmajer and Bela Tarr with its surreal and haunting imagery.

As beautiful and foreboding as the wintry landscapes in which the film is set, director Rainer Sarnet’s film is set in rural Estonia. It opens with some beautiful wintry black and white photography of icy streams and fauna. A wolf drinks the water from a cold brook and rolls in the snow. The next shot we see cartwheeling scythes like a wheel with a cow’s skull mounted on top. It enters a barn, wraps chains around a calf and drags it out before they fly over the trees. The film is placed in the 19th century in a rural village. At the heart of the story there is a pretty local girl, Liina who desires Hans, while Hans is infatuated by the daughter of an aristocrat who lives in a rundown mansion. Magic and conjuring is used to square the circles of these relationships with tragic and horrific results. Werewolves, devils, vampires, black death and demons are specters who subtly permeate this film.

The black and white photography throughout is stunning to look at. Like previous releases by Eureka on their Montage Pictures sub-label, the imagery is sharp and clear. The camera lingers over the natural surroundings while bit by bit we are introduced to the characters, the witchy hags, the strange contraptions and the shadowy demons. Although much of the plot is witty, it is more the surprises that it delivers rather than the wit that will lead to any viewer’s jaw dropping. It would not be surprising if this film would slowly become a cult classic rather than a film that will disappear into the obscurity of World Cinema.

November is a film that can simply be enjoyed from its aesthetic aspects without knowledge of what the symbols, as one can also enjoy Surrealism without understanding the complex messages of Freudian dreams and psychoanalysis. Therefore, it doesn’t matter what the images represent (all the better of course if a viewer does have that understanding), with the visceral imagery sometimes and suddenly becoming violent and shocking. There are other aspects that also relate directly to its Surrealist precursors and especially in the films of the likes as Luis Bunuel with the strong and powerful votive and religious imagery of bleeding crucifixes and sacrilegious blasphemy. Hopefully, this weirdness will permeate into other works by Sarnet. Other than a couple of trailers, there are no other extras on the disc.