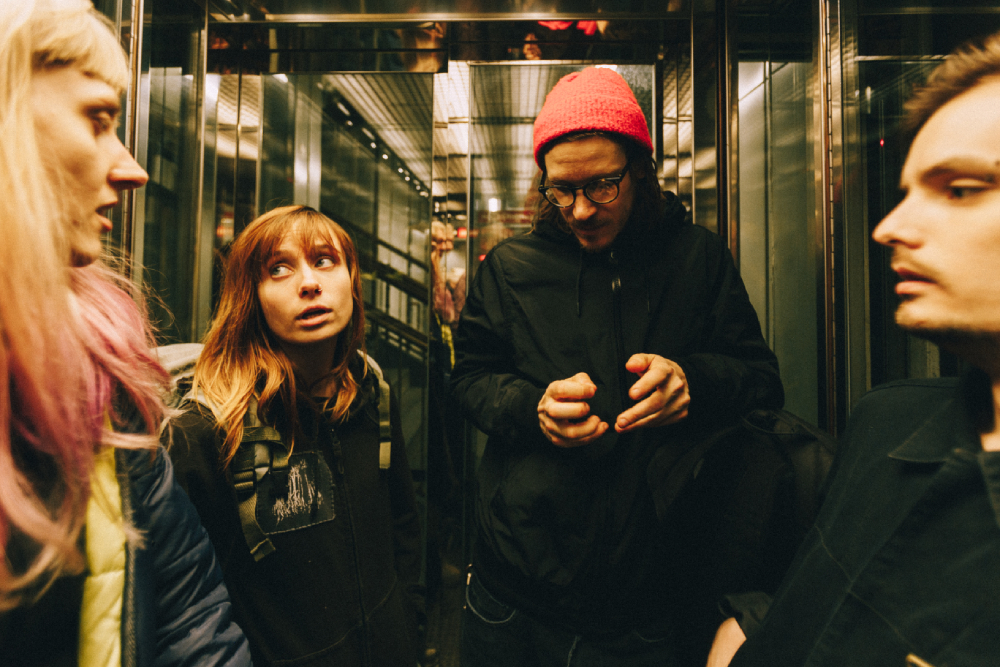 Having already released its incendiary singles ‘The Sound’ and ‘Big Mouth’, Petrol Girls’ second album is finally here. ‘Cut & Stitch’ is out today via Hassle Records and the band have also revealed a new music video for album track ‘Weather Warning’. “I struggled to put lyrics to this track for a really long time,” admits vocalist Ren. “But following a week of spectacularly shit mental health in the studio, I made it into a motivational sonic kick up the arse and back into action. I personally find a lot of the discourse around mental health a bit claustrophobic and babying, and that contributes to me feeling worse. Independence, activity and purposefulness are what I need to keep my shit together. I wrote this song for myself – if it’s useful for other people that’s cool, but everyone’s different, and I really want to underline that.”

A companion Rough Trade Publishing ‘Edition’, written by Ren, is also available to buy via the band’s official store. It’s a collection of “some of the in-betweens and the afterthoughts of our latest record ‘Cut & Stitch’, from my perspective”, she says. “It’s a chance for me to think about where some of the lyrics have come from, to write in and out of them and make links between them. It’s set out as a series of mini-essays, using cutting and stitching as a way of thinking about topics such as community, building solidarity, resisting perfectionism, emotional labour, gender & craft.”

Petrol Girls will be touring extensively in the coming months, with shows including in-stores at Rough Trades next week, tours with War On Women and La Dispute, plus appearances at festivals like 2000trees and Roskilde.