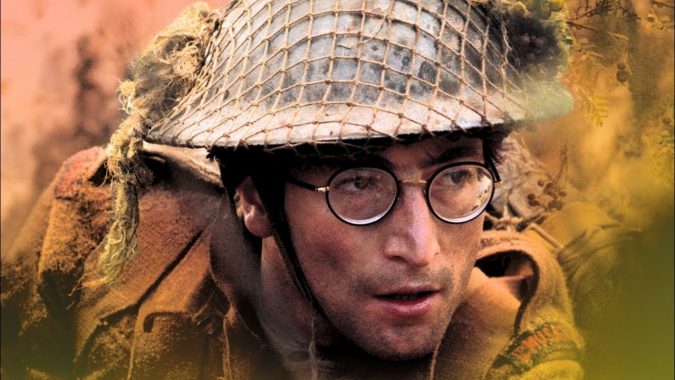 The 1960s was a time of great social and political change. Richard Lester’s films were at the forefront and tapped into those social changes beginning with his early anarchic slapstick short film, The Running, Jumping, Standing Still Film (1959) (recently seen as an extra on the BFI release of Peter Sellers’, Mr. Topaze, 1961). Had he not been such a massive star by 1967, Sellers would have probably played the character played by John Lennon in Lester’s How I Won the War (1967).

Lester’s films from The Running, Jumping, Standing Still Film through to The Three Musketeers had a slapstick anarchy about them that hark back to the silents of the 1920s. Yet, there was also an anarchic political edge to these films. John Lennon’s own very real and natural caustic humour came across well and proved a perfect fit in his first of two films starring The Beatles, A Hard Days Night (1964). Lennon and Lester had mutual respect for each other, with Lester seeing a genuine quality and talent for comedy in the Liverpudlian musician. Unbeknownst to them at the time, The Beatles had played their last concert on their final tour in August 1966 and decided to jump off the whirlwind Beatlemania roundabout. While looking for something to do in between making music, Lester invited Lennon to Almeria in Spain and Germany to film in his new film, How I Won the War.

Much is often made of Lennon’s star turn in this film, although his role as Private Gripweed is basically that of a support character actor, yet what he adds to the film is larger than his role suggests. Donning his signature NHS specs (Lennon was rarely seen wearing glasses up to making this film) he plays the working-class buffoon well. Indeed, class conflict in the Second World War is one of the drivers of the film. The real star of the film though is Michael Crawford, a budding star at the time, who plays public school boy and non-commissioned officer, Lieutenant Goodbody, a clumsy, accident prone officer who finds himself in the middle of the Second World War. Equally bungling is his superior officer (perfectly played by Michael Hordern). Goodbody leads his unit to their demise in both North Africa and through Germany after the Allied invasion.

Lester’s film perfectly strikes a chord during the 60s zeitgeist and plays on flag waving jingoism at a time when Britain was confidently boasting it was ‘swinging’ and playing on notions of Imperialism (which of course The Beatles played up with their ‘Sgt. Pepper’s Lonely Hearts Club Band’ album). Their is also a broad comic book style to Lester’s film, even more so than his previous films, with its wartime Boy’s Own parodies with a good deal of satire here on politics and notions of Britishness, such as Colonel Grapple (Hordern) telling Gripweed that fascism is nothing to be ashamed of “but something that you grow out of”. Sadly there is much about the film that seems a little dated now and some slow patches, but there are also plenty of wonderful character performances, not least of all by Lester regular Roy Kinnear (who seemed to be in most of Lester’s films), James Cossins and Ronald Lacey.

BFI releases are of course packed with many gems from their archives. This release is no exception with the odd Liverpool set short film, Plod (1971) starring and featuring the music of The Scaffold, including Paul McCartney’s brother, Mike McGear. There are also a couple ‘Trailers from Hell’ trailers of other Richard Lester films, a couple of animated films and a feature length commentary by the late Lester and Neil Sinyard.