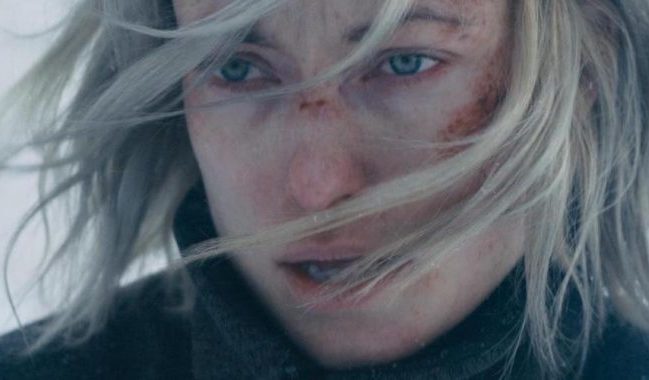 There have been several films that deal with a woman’s retribution after being in either a violent and abusive relationship or raped. Such films have included Jodie Foster in both The Accused (1988) and The Brave One (2007), Jennifer Jason Leigh and Bridget Fonda in Single White Female (1992) or Jennifer Lopez seeking revenge in Enough (2002). Then there are the more action packed films such as the Kill Bill films (2004) and the more recent Revenge (2017). Few though have been as tense or vengeful and real as the new release, A Vigilante (2018). There is a viciousness and sense of retribution that is pursued through character rather than unfolding drama as in this film.

There is a running theme or line that runs through the film that seems to have a haunting refrain: “the trucks keep coming. They don’t stop, they just keep coming”. This is heard on a recorded phone message by a desperate woman at the films opening. We later learn that this is the trigger phrase for the films heroine, Sadie (Olivia Wilde) who prepares herself in her seedy motel room to assist the woman on the end of the call. She makes her way to a woman’s house and waits for the woman’s husband to return home. She introduces herself to the husband, a seemingly respectable suited individual, as though she were an insurance salesman. She threatens the man who of course reacts. She demands that he sign over the house and his money to his wife and to never touch her again. She delivers a sharp blow to his face. The camera then cuts to show the badly battered man signing over the house and possessions to the wife, who then leaves home.

We see several instances of Sadie carrying out similar acts and the plot then slowly reveals that she is a former battered and scared wife of an abusive very violent husband and survivalist, who in a fit of rage beat her and killed their young son when they tried to escape. He is still on the loose. She offers this service to those women who are in a similar situation and takes payment for her role but never overcharges and makes a set fee. The plot slowly reveals Sadie is a damaged and vulnerable woman as well as one who is more than capable of looking after herself.

Unbelievably this was a directorial debut for Sarah Daggar-Nickson and here she demonstrates some potential for a great talent as a filmmaker by slowly revealing Sadie’s story and her vulnerabilities. It is also excellently played by Wilde, an actress well versed in showing how a normal respectable and even wallflower of a woman becomes a damaged person with great strength. This came across very well in Meadowland (2015) in which she plays a married woman whose life is turned on its head when her and her husband’s younger son goes missing at a gas station, an event which threatens to stretch the couple’s relationship to breaking point. In many ways this is a very similar role for her, expressing similar vulnerabilities.

A Vigilante is something of a sleeper, but deserves a broader audience and recognition for this sharp and clearly talented director. Adding in to the mix and brooding atmosphere of the film are the moody greyish tones of the film’s Mid-West locations consisting of truck stops and diners, cheap motel rooms and bland interiors, reflecting the bareness in Sadie’s life. A very adult, even depressing film, it will draw the viewer into the drama and live the experiences of Sadie. Only her ex-husband who does make an appearance, fails to live up to the monster his character really is.