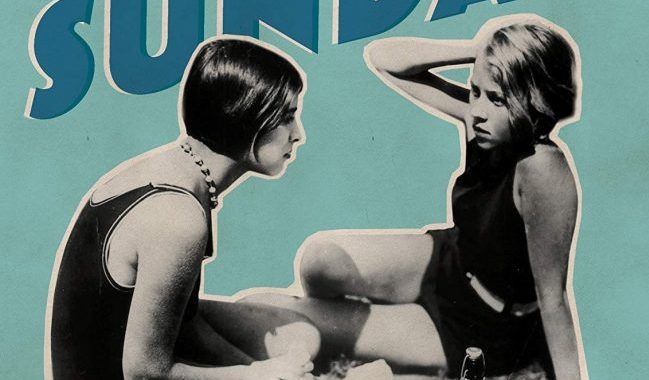 Currently the BFI are celebrating a 100 years of Weimar Cinema with a series of film screenings and talks. Following the signing of the Weimar constitution and despite the political and economic turmoil Germany experienced for the next 14 years before the Nazis took power, there was a flourishing of the arts, in science, architecture and design. German cinema became some of the best in the world and assuredly the most artistic. Filmmakers such as Fritz Lang, F.W. Murnau and G.W. Pabst were making some of the greatest and most accomplished films of all time. New talent was constantly emerging, none more so than in the small film shot in the Summer of 1929 in Berlin and the nearby Lake Wannsee. All the actors in People on Sunday were non-professionals selected by the directors and producer Moriz Seeler for other qualities rather than as actors.

The behind the camera talent on this picture were young and all came to the table buzzing with an energy to make a film showing the lives of young Berliners, people they could relate to, in their leisure time. Among these were directors Edgar Georg Ulmer and Robert Siodmak, as well as Robert’s younger brother Curt, Billy Wilder (here credited as Billi), Fred Zinnemann and cinematographer Eugen Schüfftan. All these would go on to be some of the leading filmmakers in Hollywood after they fled the terror in Nazi Germany. Of course Wilder went on to make many memorable comedies starring Marilyn Monroe, Jack Lemmon and Walter Matthau; Edgar G. Ulmer would go to make the underrated sadistic horror film The Black Cat (1934) with Karloff and Lugosi as well as such classic low budget film noirs as Detour (1946), Zinnemann made a whole host of classic films, while Curt Siodmak would be a leading science-fiction writer and filmmaker. All of them would make films with a strong film noir element to them.

People on Sunday though is very different from any of their later films. It is very much a collaborative effort between the aforementioned. As for a plot, for the want of a better word, we see a group of young Berliners meeting and discussing going to Lake Wannsee on the Sunday (it was common for many Germans to work Saturdays but then, as today very little would be open on a Sunday). One of them works at a record store. There is also a wine seller, a model, a film extra and wannabe actor and a taxi driver; in a fun scene the taxi driver goes back to his shabby Berlin apartment where his lazy girlfriend is sleeping. Even though this a silent film there is audibility in our heads from the image of the dripping tap and the opening wardrobe door. The next morning she oversleeps and leaves alone to go with the others to the lake.

The next morning the friends all gather and make their way to Wannsee where they enjoy listening to music, swimming and frolicking by the lake. That is pretty much the plot of the film. It is only 75 minutes, but it is believed that there is a further 10 minutes or so of the film that is missing. There is no original negative of the film and was cobbled together and remastered from different prints from all over Europe into a 2K presentation at the Film Institute Netherlands along with the Deutsche Kinemathek and will probably never look better. Previously released on DVD by BFI, this is the first time released in Blu-ray dual format.

Of course there are two halves to the film. One of the key aspects that makes up much of the film are the many shots of Berlin streets and Berlin life. Clearly influenced by such art films as Dziga Vertov’s The Man With a Movie Camera (1929) and Berlin: Symphony of a Great City (1927), Berlin itself is one of the key wonders of the film and we clearly see people moving around and isolated from others. Conversely, the scenes at the lake are almost bucolic and free and breezy. Only 12 years after the film was made an event took place which would give Wannsee a much darker image when it a lakeside house became the location for the Wannsee Conference where Nazi leaders signed the Final Solution and the destruction of Europe’s Jews.

Nevertheless, this event should never overshadow this wonderful film sandwiched between some very bleak and destructive periods in modern German history. There is certainly no evidence of any of these marks in this film which shows young progressive Berliners at play. On the extras on the disc there is a documentary originally made in 2000 with surviving members of the film, including Brigitte Borchert who played the record store worker and Curt Siodmak. Brochert died in 2011 at the grand old age of 100. Other extras include footage of Berlin in 1910 and two very English archive documentaries of a works outing to London (filmed in 1951) and one dating from 1936 of people enjoying leisure at the seaside. All in all, a great package from BFI, although more Weimar related archive material would have been good to have been included.