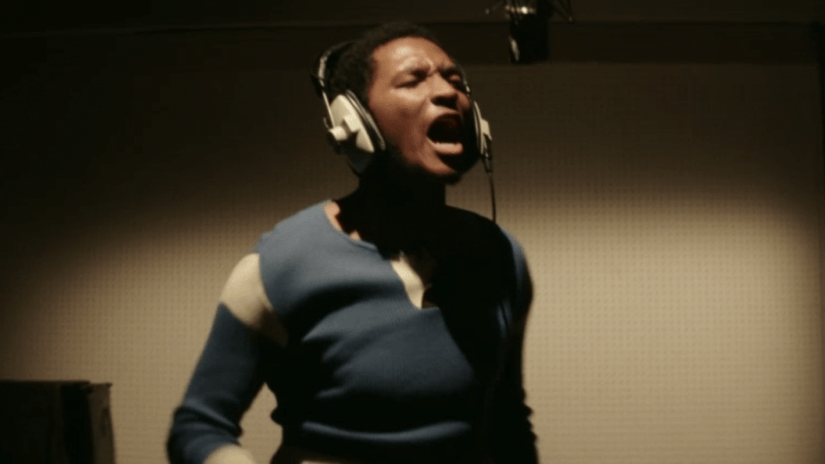 Documentaries on music have been booming in recent years, facilitated by advances in digital technology that have enabled filmmakers and fans to make films about just about every musician, band and musical genre that ever existed – and some that I suspect the filmmakers might have made up – no matter how obscure. There’s such a variety of music covered and diverse styles of filmmaking that it makes perfect sense to have a festival around the form, which is where Doc n’Roll comes in. The festival has been successfully showcasing films in London but has chosen to tour around the country, setting up in Glasgow against the Glastonbury weekend, where I caught its sixth edition.

Glasgow is of course, well known for its vibrant musical scene and very vocal support for music of all genres, so the festival and the city make a natural fit. Opener Rudeboy sold out its first screening at the GFT, and managed to sell out again on the Sunday afternoon at the CCA, where the festival was largely based, and where I caught it.

This was one of the slicker entries in the festival, using much Instagram-ready dramatic reconstruction of the events which led to the creation of the UK’s first record label dedicated to reggae and Jamaican music. While this was initially frustrating, it quickly became evident that there’s actually very little archive footage documenting a genre that the NME dismissed as ‘childish’ and that Radio 1 initially refused to play. While Trojan would of course go on to legendary status through the sheer quality of the music it released,  label boss Lee Gopthal and co weren’t the best with money, and the reconstruction reality comes into its own to show the tragic – understandably – undocumented climax of the company, as they were forced to burn thousands of (now priceless) records to make shelf space, to audible gasps of horror from obsessive record collectors in the audience.

The subtext to all this, is of course, the racism confronting Afro Caribbean immigrants to Britain, which the film confronts head on, until working class youth decide they hate black people less than they hate middle-class hippies and skinheads seize on the music, the struggle for self-definition and self-determination becoming a common theme through the films in the festival. Where the film really scores is in the great interviews from such luminaries as DJ and filmmaker Don Letts and producer Sir Lloyd Coxsone, who was amusingly candid as he grumbled about how much he hated the grimness of the UK as a child.  He absolutely shone in the Q&A after the screening, sharing insights into his times in Lee Perry and King Tubby’s studios, before launching into a DJ set upstairs.

Racism also provided the backdrop for How They Got Over: Gospel Quartets and the Road To Rock and Roll, a film whose title perfectly sums up its narrative trajectory. Perhaps the least known musical genre on offer at the festival, this was also possibly the best film, as it traced how African Americans in the first half of the twentieth century, with only the most basic job prospects, found they could channel their creativity through the church into gospel. Here, they could find something resembling fame amongst segregated audiences, while still being ripped off by white management. The litany of names and sometimes stunning music was largely new to me; it was a joy to discover The Sensational Nightingales or The Mighty Clouds of Joy, and to hear oral testimony from the octogenarian practitioners, many of whom had died by the film’s completion, balanced with judicious reconstructions and archive footage of performances. It always pleases me to hear how Sister Rosetta Tharp was the bona fide progenitor of rock n’roll, that most archetypically white male music. If one person did successfully get over, it was Sam Cooke, though he would be ostracised by his peers for ‘going to the other side’ and playing secular music.

The most famous story of how white connoisseurs actually facilitated and celebrated African American culture has to be that of Blue Note, which in its approach, musician roster and sleeve designs might still be the coolest record label that ever existed.  This is a story that’s been told many times, and It Must Schwing wasn’t the best iteration, as the story of how Albert Lion and Frances Wolff, two German Jews who managed to flee Berlin (ergo the title) in time to document the music they were obsessed by, was hampered by clunky computer animation that looked more suitable for an abandoned prototype of L.A. Noire than the story of Blue Note. Some of the coolest music ever recorded and great interviews with legends like Herbie Hancock and Sonny Rollins got it through the rough patches.

The struggle for African American music to be recognized was brought up to date by Jacqueline Caux’s Never Stop – A Music That Resists. It would be impossible to make a boring film about Detroit Techno, since both the story and the music are so compelling, a bunch of young black kids creating an Afrofuturist Utopian aesthetic in the ruins of the crucible of American automated capitalism – now left to decay – to their own indelible soundtrack. Even if the music of Juan Atkins, Derrick May, Jeff Mills et al is still largely ignored by mainstream America, Detroit techno would be massively influential abroad, and define the city for the end of the 20th century as definitively as Motown had for previous generations. Caux’s film is exemplary for the way in which it leisurely allows the viewer to hear both the musicians and their music speak, and explores the Dystopian but fabulously photogenic city they inhabit in long, lateral tracking shots. While this was very much the work of a fan, it’s also the work of a real filmmaker.

Stories From the She Punks, on the other hand, wasfilmed in a style so minimalist, with virtually none of the music referenced, that the product may end up in a feminist archive rather than cinemas. Which isn’t necessarily a criticism; this told the vitally important story of how women made inroads into the punk scene through sheer will, against a climate of sexism impossible to believe now, with telling anecdotes from major players in The Slits, The Raincoats and The Au Pairs, as well as bands who never achieved their levels of fame.  There’s an irony in that the girl’s lack of access to instruments to practice made them arguably even more punk and spontaneous than the often more studied male bands, and that the film’s style may have suited the subject better than a glossier approach. Two short films by The Raincoats’ Gina Birch helpfully contextualised the film, and reminded the audience of that band’s brilliance.

French Waves was perhaps the only film not to be concernedwith politics – it was too busy having fun celebrating the history of French electronic music from Daft Punk, Philippe Zdar and the French Wave to the present. The only struggle ongoing here was for French musicians and producers to be taken seriously after decades of (completely unfair) ridicule. Certainly, the quality of Daft Punk and Motorbass records wiped the sneer off British faces, and became some of the coolest, most sought after music in the world. Director Julian Starke stressed that this was a subjective documentary in his intro, and his film certainly communicated his love of the music, the major players in the scene and his friends working in the field.

However, in another lively Q&A, he was taken to task by preeminent Scottish filmmaker Luke Fowler for ignoring the African diaspora’s role in disco and other French electronic music. While Glasgow loves music, it’s also an intensely political city, and this point certainly brings home both the number of musicians whose story hasn’t been told yet, and the importance of filmmakers considering the political aspects of representation. I look forward to more films exploring these issues at further installments of Doc n’ Roll.