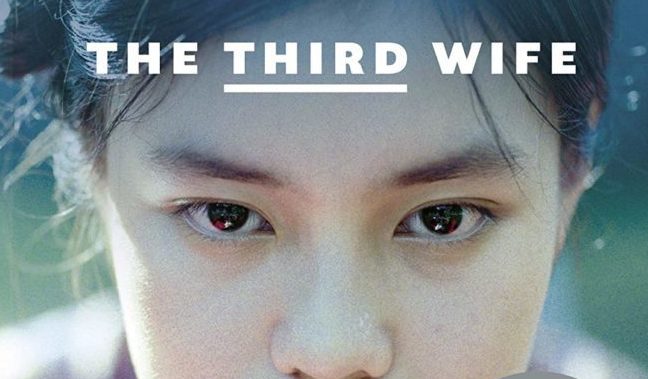 The latest release by Eureka Entertainment on their Montage Pictures sub-label is a recent film from Vietnam, The Third Wife (2018). Stunningly shot, this film is set in a rural Vietnamese village in the 19th century. 14-year-old May is an innocent and has been given away as the third wife in an arranged marriage to a land owner. She is also told that she can be given more respect and a higher social standing if she gives birth to a male child. May finds herself attracted to the second wife, Xuan and is confused by her emotions, but nevertheless relies on her for advice. Of course her desire and love for Xuan is a forbidden love and if exposed would make her an outcast. In time she observes her husband’s interactions with the other wives.

Stunning to look at, there are many lingering shots of nature and is at heart a very contemplative film. It was not given much of a release in the UK outside the festival circuit, with this Eureka release essentially a UK premiere. It is directed by Ash Mayfair who brings a good deal of her background of being brought up in rural Vietnam in this, her feature debut after a career of making several shorts. The film successfully not only views the world of a girl transitioning into a woman (including having her first period) but shows how confusing and demanding that world is when she has to grow into a woman too soon because that’s what is demanded of her, especially in having to have a child. She knows nothing of the world, of what is expected of or is particularly liked by the family, but must learn and learn quickly.

This is a bold film from Mayfair who handles the length of a first feature well (at just over 95 minutes) with an ending that comes as something of a surprise (no spoiler alert here). And as with most of these Eureka Montage pictures, this is a handsomely packaged, but bare bones release, even if the images are crystal sharp.