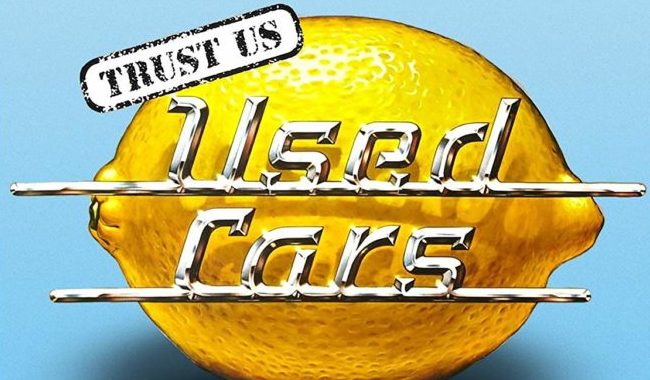 Used Cars (1980) is a film that is growing in reputation. With the benefit of hindsight it is easy to see why. It was the second film for Robert Zemeckis, a director who would define his career over the next 20 years with some of the most exciting films including the Back to the Future franchise and the next film he made after this one, Romancing the Stone (1984). However, when it was released, it received a limited run and made no shakes at the box-office which is surprising given that it is a riotous comedy that followed in the steps of such films as Smokey and the Bandit (1977), Convoy and Hooper (both 1978) with some great set pieces.

The other key player in this film is Kurt Russell, here showing his credentials as a comedy and action actor having just played Elvis Presley in John Carpenter’s epic TV movie and had already been acting in small parts and on TV since he was a boy. Russell adds some great fun and energy to the film, here playing Rudy Russo, an energetic car salesman in Phoenix, Arizona who is saving up and harbouring dreams of running for Senator. He works at the New Deal used car lot for Luke Fuchs (Jack Warden), the ageing owner of the lot and in failing health. Across the road, Luke’s brother, Roy (also played by Warden) also runs a car lot and is waiting for his brother to drop dead so he can take over the lot and plans a bunch of nefarious ways he can help this along. When Luke does die, Rudy buries Luke in a car on the lot and hides the evidence. A game of cat and mouse plays out involving demolition derbys, underhanded local TV marketing while both are still selling their dodgy vehicles.

Previous to this film Zemeckis had made the retro I Wanna Hold Your Hand (1978), about fans wanting to see The Beatles first appearance in America, his first feature made with Steven Spielberg as executive producer. Spielberg returned to that role with Used Cars, before going on to make his own riotous film with the flawed 1941 (1979). He clearly saw potential in Zemeckis and his aforementioned subsequent films are testament to that. He is a director that shows great ability at both handling action, comedy and pace. The climactic car race in which a mile long worth of old clapped out vehicles are brought to Phoenix for Rudy to prove he has a mile’s worth of cars is a complex and well constructed piece of good fun that hilariously mimicks the cattle drive in Howard Hawks’ Red River (1948). It even includes Rudy jumping from vehicle to prevent Roy from stopping him as well as a police vehicle flipping over another car and a car leaping over a train. Great stuff.

The transfer looks good too with one of the real bonuses on here being the uproarious commentary on the disc Zemeckis, producer and co-writer Bob Gale, and star Kurt Russell that clearly demonstrates what a fun movie this was to make. Nicely packaged by Eureka Entertainment in their Classics series, there are plenty of fun little extras and a rather good interview with Gale about how the film came about and its making.