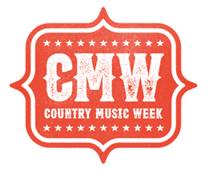 Also announced for Sunday evening is a show curated by Nashville’s world-famous Bluebird Cafe (as featured in the Nashville TV series). The line-up includes Tebey, Tenille Arts, Emily Hackett, Phil Barton for a very special songwriters in the round show.

Ahead of their headline shows Striking Matches, Michael Ray, Logan Mize and Brandy Clark have all announced special guest supports. Striking Matches will be joined by Tyler Rich at the Garage, Willie Jones will take to the stage ahead of Michael Ray’s headline Bush Hall show, Logan Mize has Fairground Saints and Reverie Lane joining him the next day and for her show at O2 Shepherds Bush Empire, Brandy Clark will be joined by Kyle Daniel.

Country Music Week is brought to you by the organisers of the hugely successful Country to Country (C2C) Festival and aims to bring you an exciting, week-long series of shows across iconic London venues to celebrate all things country. Shows include Charles Esten, Scotty McCreery, plus Introducing Nashville and Under The Apple Tree Sessions.

As well as big names in country, the events will recognise and celebrate emerging artists within the broad spectrum of country music. The shows offer another opportunity to discover UK and US acts early in their career and will connect fans with the stories behind the songs.

Tickets for BlueBird Café go on sale Friday 13th September at 10am with all other dates on sale now.