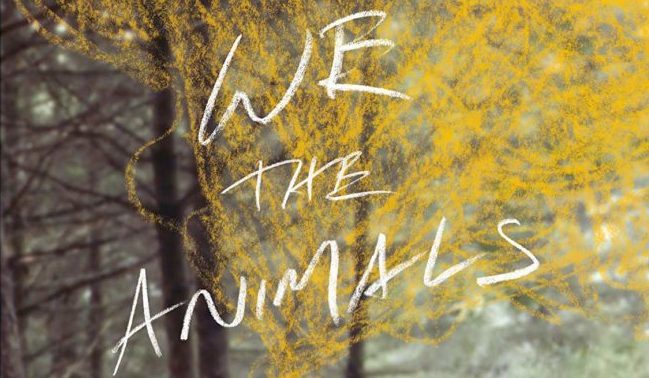 Eureka Entertainment’s sub-label, Montage Pictures highlights recent releases from around the world, or as the Eureka website says, “celebrates ground breaking and thought provoking world cinema from new and upcoming directors.” Previous releases have included films from Vietnam, Greece, Ukraine, Iceland and Hungary. Many of these releases are first time features. This is the case for Jeremiah Zagar, the director of the latest release, We the Animals (2018), an American film from a young director who has previous to this made a number of shorts and documentaries. We the Animals has a very autobiographical feel to it as it follows a boy’s growth within his blue collar family and the awakening of his sexuality.

We the Animals has the look and feel of a small low budget indie film, but is in fact based off the best-selling novel by Justin Torres, a novel that has been translated into 15 languages and is clearly based off his own story and experiences. The story is set in upstate New York in the 1990s and focuses on a working-class family consisting of a Mum and Dad and three boys who are all trying to navigate their way through life. The boys are mixed race with Hispanic parents and live in the country. The youngest is Jonah (Evan Rosado) and the film is largely seen through his own eyes (with most of the 16mm camera angles taken from Jonah’s height). His most travail the temperament of his loving and sometimes volatile father. In the meantime when the boy’s are caught stealing from an allotment by an old man. He takes them back to his home to feed them where a teenage boy lives. The boys watch late night porn with him with Jonah eventually becoming particularly enamoured by the teenager. Jonah keeps a journal of his feelings and observations.

Shot in grainy 16mm, the film does have a documentary and observed feel to it, although the post production work also highlights a good deal of artistry that has gone into the film. Zagar’s direction also gives the film a great deal of intimacy, with Jonah’s journals literally coming to life in animated drawings that resemble the drawings by the late Keith Haring in both form and homo-erotic content. Jonah only draws away from his brothers as a close sibling when that sexual awakening takes place, as his parents struggle with their own demons often making them less than ideal role models.

This film is very focused and slow moving, even quiet at times, but with a gorgeous and mellow ambient soundtrack by Nick Zammuto the film perfectly reflects the emotions taking place in Jonah’s head. Of course there have been many such dramas about coming of age or sexual awakening made and many fall into tropes or cliches, but this feature debut from Zagar shows a mature approach to the sub-genre. On the disc we are treated to more than the bare bones package with several one minute featurettes including introductions to the young non-professional actors and a fascinating VFX piece, highlighting the post production work.