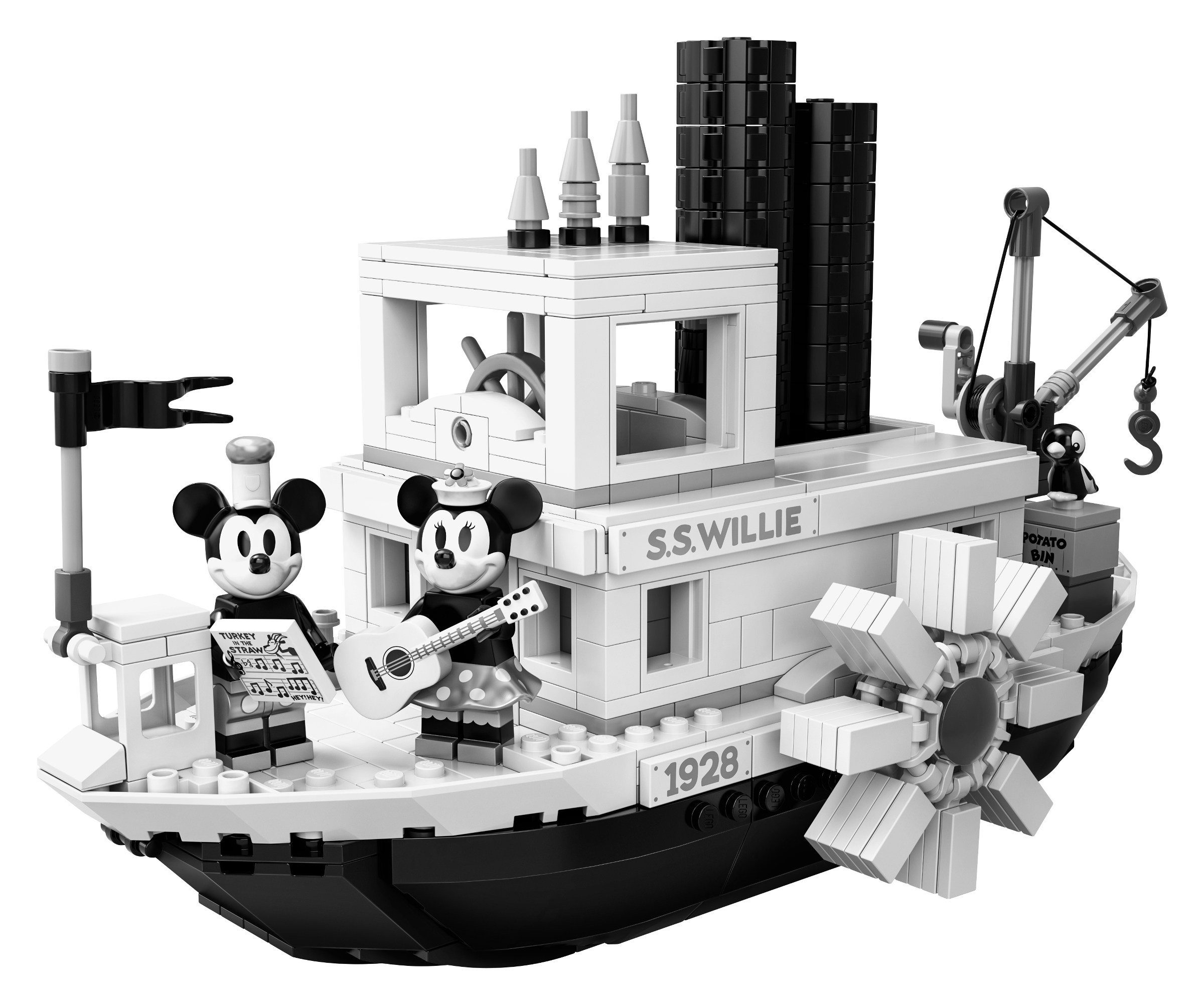 This goes right back to Disney’s origins. The original cartoon short, Steamboat Willie, featuring the Mouse himself. And here presented in glorious B/W bricks.

There are over half a dozen bags of LEGO in this set, but the built itself is divided up into three main areas of numbered bags.

Of course the mini-figs are featured in separate bags. There is also the nice inclusion of a Mick Mouse stand that comes with the set either to be displayed by itself upright, or face down with your mini figures on which also proudly displays the year 1928.

The boat obviously builds from the bottom up.  The age range on this one will largely be down to the mechanical nature of the guts of the thing that allows the paddles to rotate and the smoke stacks to bob up and down when you move the model about. That part of the build is also where you will find any coloured bricks.  Yes the odd dash of Red, Green and Blue have been through in to the mix to help guild you along the way, but why the time you get to the outer shell they will have vanished from sight.

It’s worth taking a break between bags to avoid sore finger tips and also to add a bit of longevity to the fun. But all in all it can be down inside of a couple of hours at a reasonable pace.

Beautiful! It just goes to show you that even in black and white, with the odd strip of grey that you can also have a classic looking LEGO set on display.  It’s a wonder why LEGO haven’t ventured this way before.

Not only is of a decent build, but it’s also a pretty good size too and the clearly define shape from the black and white bricks really make it stand out and shine. This is a very worthy addition at a price that is reasonable from what you would expect from LEGO.