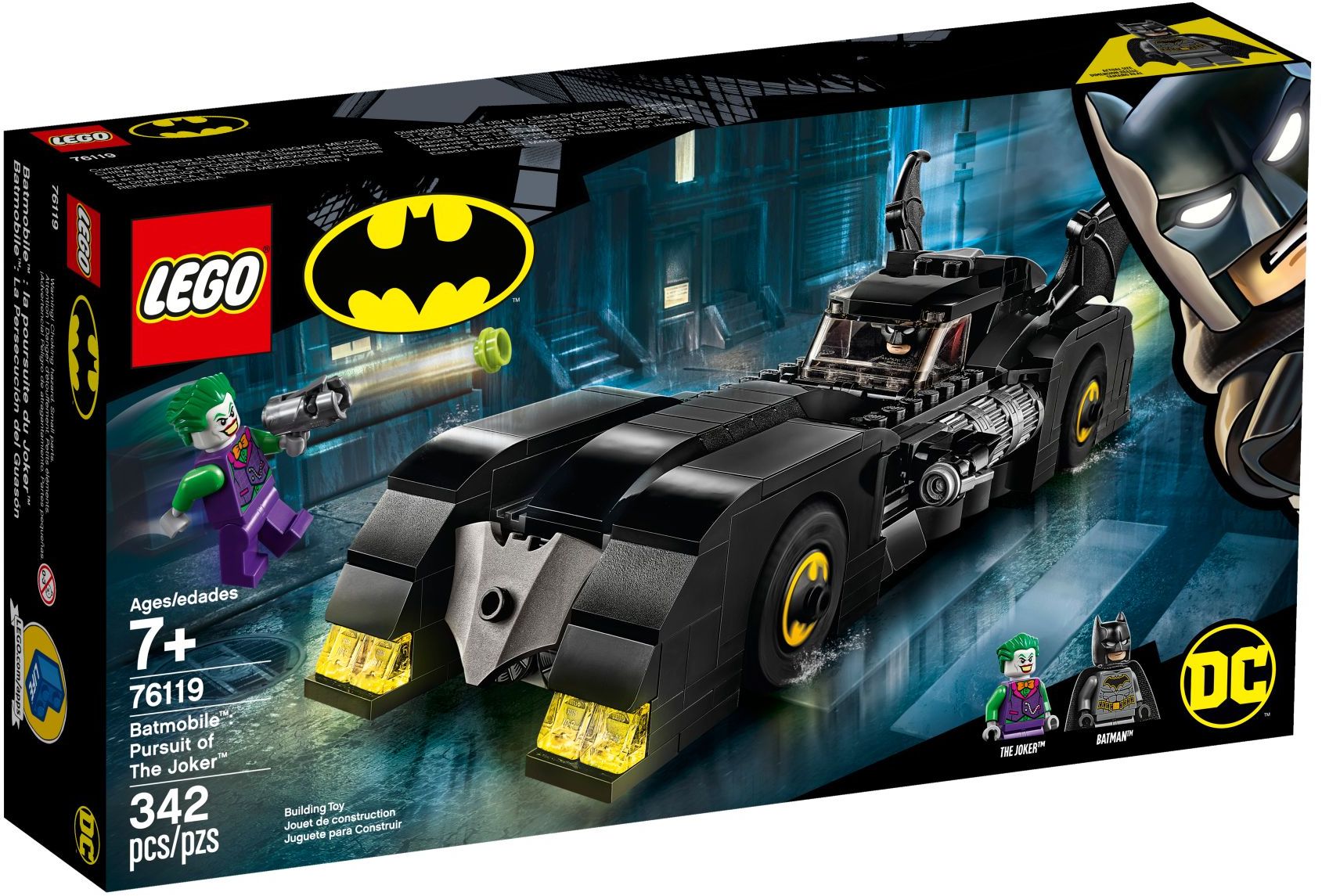 Anyone hear of Batman?  Yes another Batman LEO set is upon us, and yet another LEGO batmobile is upon us as well. There have been various incarnations of the batmobile, and LEGO have had many of their own designs that have contributed to this vast endless garage. This version is aimed at the more modest LEGO builder.

There is also a new Joker movie heading out for bigger kids – so maybe this might be the added treat for them this month.

Three areas of build for this one.  And it’s all on the vehicle.  Three main bags means: plenty of detail. Whilst the majority of it is black it doesn’t ever really get boring. There is plenty of symmetry on either side of the design, but you aren’t doing the same thing for very long.

The insides of the car do have some basic mechanical structures going. Of course there are four wheels to set up, but the car will only ever drive straight, so the complexity of the build is justified for 7+. There is also gear mechanisms to be built in for the turbo boost flame to rotate at the back which gives the piece a very valuable playable aspect to the model.

Beyond that it’s all about putting the outer shell together

For 25 quid it’s actually very good LEGO value when you see how many pieces come with it. Having Batman and the Joker as mini-figs is also a huge plus. Anyone looking for a batmobile, but don’t want to spend mega bucks will find this price much more to their liking. But also anyone looking to build a model that isn’t  part of a playset will also find this ideal.

The visual guide can be found here.