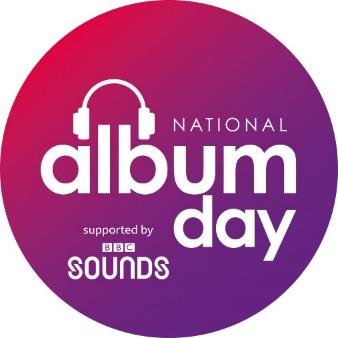 Millions of stressed Britons are turning to their music collections to help them de-stress, according to new research1 specially commissioned for this year’s National Album Day this Saturday.

The research supports this year’s #DontSkip theme to National Album Day, which encourages fans to listen to albums in full and also serves to highlight the well-being and mental health benefits of album listening as a form of musical mindfulness.

THE POSITIVE MENTAL BENEFITS OF LISTENING TO ALBUMS

Source: Entertainment Retailers Association. Based on a survey of 2019 adults conducted by Fly Research in August 2019

Author & Academic Dr Julia Jones (aka Dr Rock) said: “We’ve been aware of the scientific evidence regarding the positive effects of music on the brain and body for decades. We also know that taking “time out” of our hectic schedules is essential to maintain our well-being. So the album offers a perfect recipe for delivering the cocktail of neurochemical and physiological benefits, while also ensuring we enjoy an extended break. It’s an experience with a built-in stopwatch so there’s no need for clock watching. We can just sit back and enjoy the effects. The album is a particularly effective intervention at night when we’re approaching bedtime. Sleep has been identified as an absolutely critical factor in wellbeing and listening to a low tempo relaxing album can help get us into ‘sleep mode’ and increase the likelihood of a solid 8 hours of rest and recovery. For that reason alone we should all be switching off the TV and listening to an album before bed every night.”

Listening to an album right through is more likely to improve your mood than gardening, taking exercise, having a nap or watching TV, suggests the report. Album listening comes just behind comfort-eating and is neck-and-neck with reading as a source of wellbeing, it says.

Source: ERA. As above

Elsewhere in the report:

Source: ERA. As above

ERA CEO Kim Bayley, “National Album Day is fundamentally a celebration of the cultural impact of the album. What is striking about this research is it’s a potent reminder that album listening can also have psychological benefits too. We tend to regard listening to music purely as entertainment, but at a time when there are real concerns about stress levels and mental health, this research indicates that British music fans are effectively self-medicating with their favourite albums. Reading and album-listening seem to have similar benefits,” says Bayley, “and given the concerns about obesity, both are probably better for us than comfort eating.”

Geoff Taylor, Chief Executive BPI said “Music is a wonderful way to relax, but its benefits can go much deeper when the listener really takes the time to slow down and immerse themselves in the whole album as the songwriter intended. Fans can engage with what the artist is saying to them, and, as the survey suggests, it’s this point of empathy and the emotional connection it enables, that can help to encourage mindfulness and wellbeing.”