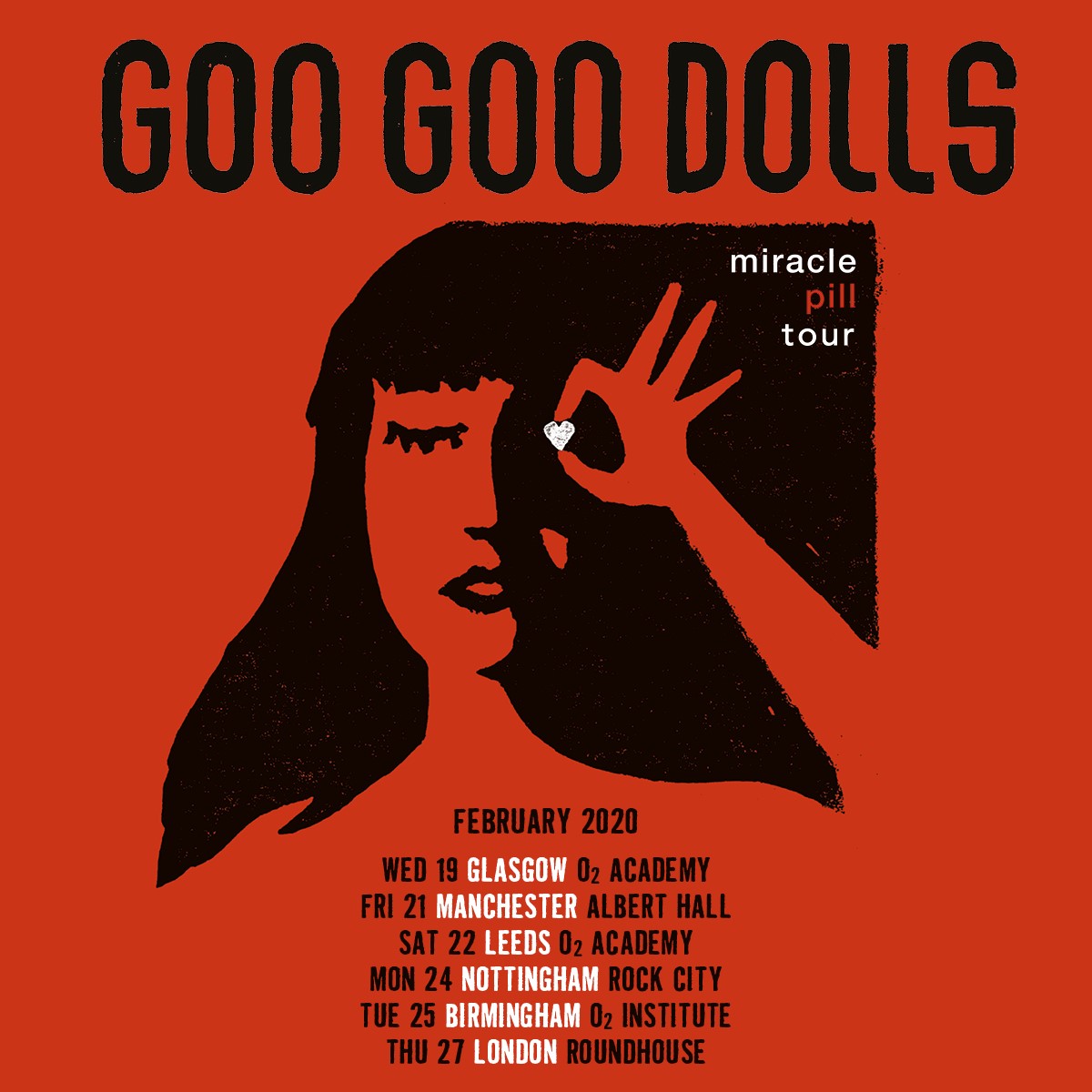 Goo Goo Dolls have confirmed a UK tour for next year kicking off in Glasgow on February 19th 2020 which includes a show at London’s Roundhouse on February 28th.

Singer John Rzeznik said “I love playing the UK, the audiences are amazing. We always have a blast so it’s a real pleasure to be coming back”

With more than 3 decades together as a band and over 12 million albums sold, four-time GRAMMY-nominated rock band Goo Goo Dolls released their 12th studio album Miracle Pill earlier this year. As well as the hit single “Miracle Pill“, the engaging and timely record also features “Indestructible” which was added to the A-List at Radio 2. In addition, the track ‘Fearless’ has just been added to the LA Dodgers in-stadium playlist.

The band also delivered two unforgettable performances of “Miracle Pill” on Good Morning America and Live With Kelly and Ryan. Goo Goo Dolls recently wrapped up a tour of South America with Bon Jovi which included a performance at iconic music festival Rock In Rio. They embark on a headline tour later this month kicking off in Austin, TX on October 25th which visits over 20 cities across North America.