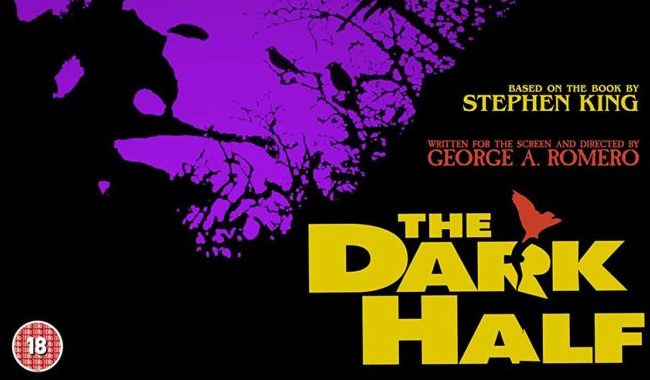 Of course George A. Romero is not only known for his horror films, but most particularly for creating a new creature for the cinema: the lumbering zombie. It was his zombies with their gormless look, hunger for flesh and brains and dragging limbsthat made the image of the zombie we have in our mind’s eye. Romero was later always critical of such films as World War Z (2013) in which the zombies become were speedily infected and run at high speed at their victims. When Romero sadly passed away a couple of years ago, this brought an end to the career of a true great.

Looking back though, after Romero had made the low budget cult classic, Night of the Living Dead (1968) he was keen not to be labelled as a maker of horror films and tried to move away from the genre with his subsequent handful of low budget films, but it seemed that was easier said than done until he made the follow-up zombie film, Dawn of the Dead (1978). Over the next couple of decades he made many other different types of horror films, including the anthology horror Creepshow (1982) and one of the most bizarre films of his career, Knightriders (1981).

Other than being co-director on Two Evil Eyes (with another great director of horror films, Dario Argento), The Dark Half (1993) was Romero’s only film of that decade. It was adapted by the director from a Stephen King novel that explores the untapped dark side of the human mind, a familiar theme in many of King’s novels such as ‘Firestarter’, ‘The Dead Zone’ and of course ‘Carrie’, all of which were adapted into well known films. The film opens in 1968 (the year of Romero’s eponymous zombie film. Coincidence?) with young Thad Beaumont who likes to right fiction. He has a recurring sense of the sound of birds, hears Elvis Presley’s ‘Are You Lonesome Tonight?’ playing before fitting with no recollection of what happens. Years later Thad (Timothy Hutton) is married with two babies and is a successful author. He is approached by a creep who attempts to expose him as the real author of the schlocky ‘George Stark’ novels. Not long after he and others connected to Thad are mysteriously murdered in horrible ways. The police, led by Sheriff Pangborn (Michael Rooker), who knows Beaumont, investigate with all the evidence that Beaumont was the killer. When other murders crop up, Beaumont desperately sets out to prove he is not the killer, but suspects that the killer is his alter-ego, his fictional creation, George Stark (also played by Hutton). An aspect of the film that works really well is Hutton’s dual performance as his alter-ego character, George Stark. He is like a character straight out of a David Lynch film or a graphic novel as a slick back cool dude and with no moral compass. It works in complete contrast to his author character who is otherwise a regular shmow.

Although a horror film, it also marks a very different film for the director. Shot in his native Pittsburgh (and the last film he shot there), the film was quite a departure. On an extra on the disc, Romero talks quite openly about how production company Orion (then in its dying days) interferred with the film, making some of it not the film he’d have liked to have made. This was clearly both a technically and challenging film for all involved with an end that is not altogether satisfying. Most challenging of all was the climax with the birds going crazy and, as Romero acknowledges on an extra on the disc, the special-effects were very poor and worse than in Hitchcock’s The Birds, made 30 years before. The theme of the birds such as the scrawling on the wall in blood the chilling words “The sparrows are flying again”. It does contain some of the director’s best jump-scare moments and with the improved audio on this Eureka Entertainment release bringing out the shock moments very well. Being a George A. Romero film, some of the gore is quite visceral too, but is not overdone.

It is an interesting release from Eureka Entertainment who from time to time quite often bring out these great little seen minor classics. But, unlike many of the releases in their Classics series, this one has plenty of extras, including a Making of documentary in which the cast and crew, including the director give their impressions, some great audio, an audio commentary by Romero and loads of extras. Surely Romero is a director who warrants his film being in Eureka’s Masters of Cinema series.