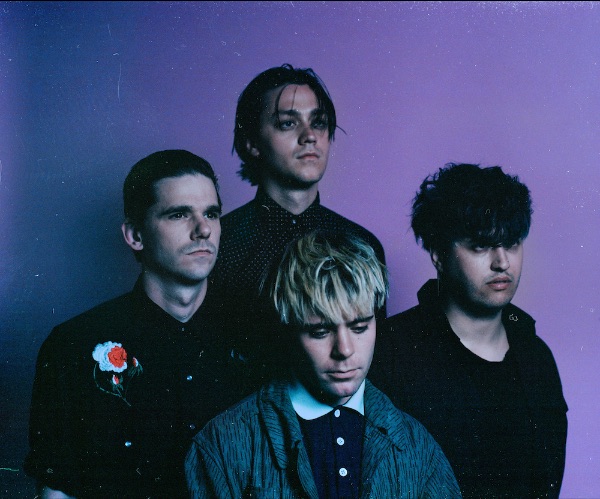 Today we welcome Choir Boy as they preview a new album due in 2020 via Dais Records, sharing single “Nites Like This“.

Choir Boy‘s Adam Klopp gives an emotional, jaw-dropping vocal performance on their gorgeous new single. The cinematic song “contemplates the impermanence of romantic love and is meant to simulate a dream in which you’re dancing with your lover, but they are slowly pulled away by an invisible force” explains Klopp.

“Choir Boy”, initially intended as an insult, was what the kids called singer/songwriter Adam Klopp in his early teens when he fronted bands in Cleveland, Ohio. The label seemed fair and fitting in a way, given Klopp’s religious upbringing and angelic voice. After high school, Adam left Ohio for college in Utah. While his career as a student would prove short-lived, he integrated into Provo and Salt Lake City’s underground music and art scenes left religion behind and called his new band Choir Boy.

Choir Boy debuted with the warmly received album ‘Passive With Desire‘ in 2017, drawing comparisons to Bryan Ferry and Talk Talk. After signing to Dais Records, Choir Boy followed up with the 2018 single, “Sunday Light” and a reissue of the debut album on vinyl and CD. Recently, Adam Klopp has filled out the band with a permanent lineup: Chaz Costello on bass (also a member of Choir Boy adjacent act, Human Leather), saxophonist and keyboardist Jeff Kleinman and guitarist Michael Paulsen.

After touring North America extensively this year, supporting Snail Mail and Ceremony, Choir Boy entered the studio to work on their forthcoming album due next year. Stay tuned for more.