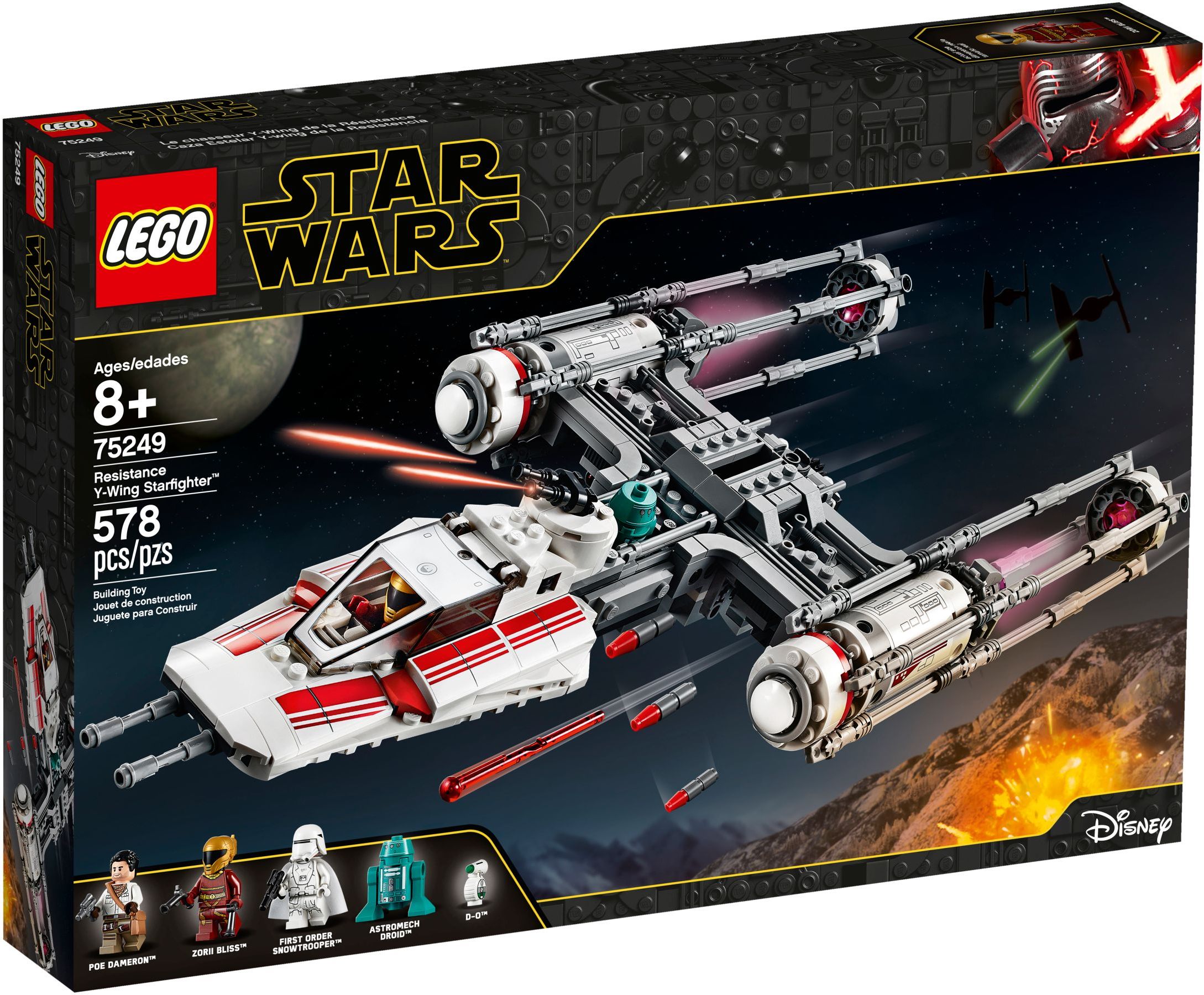 Spaceships! Who doesn’t like building a spaceship out of Lego. And a Star Wars spaceship at that. This time round we focus on the Y-wing. We can’t comment at this time if this is directly linked to the content of the upcoming film The Rise of Skywalker, but this set does at least feature ace pilot Poe Dameron, so it’s highly possible.

At first glance the Y-wing looks like a grey and white boring technical build. At first glance it looks like it will be a piece that’s fine to display, but a pain to put together. What is shocking is just how much fun it was to complete.

Looking at the duel tail ends and you know you’re going to get a bit of reputation and a bit of technical building, but as each is hollow both the technical and repetitious aspects are minimal and were quite fun. I found myself getting ahead of the manual on this one and speeded ahead to a happy conclusion.

Dialling it back a bit – The cockpit and midsection is where the real meat is. The first bag deals with the heart of the beast and from then you extend to the cockpit and then add the exterior embellishments.  The white and red areas are where most of the sticker action is, but the body exterior has lots of clever placement of tiles and pipes that give the ship a more authentic feel to it.  After that you deal with the tail sections which as previously stated is where most of the repetition lays, but it’s fun if you find yourself in a rhythm.

With only four bags in the build it all went by very fast. This could be done in 1-2 hours depending on how fast you do. And there are five mini figures to contend with as well, so the head count there is good (even if two are robots).

As a play piece it will work great for kids of the right age (box says 8+) and the pirce is fine too.

You could display it but when you know there is a bigger version out there then, well I think anyone that likes this set a lot is probably going to want to save their cash for the larger version (it’s about £100 more expensive, but the detail is there and with the fun I had with this one, the bigger version is calling!).

The Visual Guide for this set can be found here.