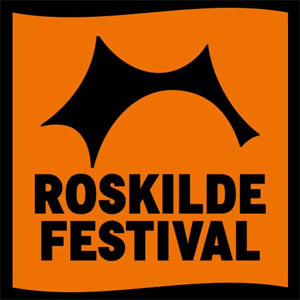 Faith No More and FKA Twigs to play Roskilde Festival 2020

The genre-bending metal band Faith No More will perform for the fourth time at this summer’s edition of Northern Europe’s largest festival.

Their first visits were in ’90 and ’92 touring with two metal milestones The Real Thing and Angel, which uncompromisingly and in some humorous ways combined thrash metal, funk, hip-hop and synth-pop.
After an album break of 18 years, Faith No More returned with the successful album Sol Invictus in 2015, and for the 50th Roskilde Festival this summer, the audience can expect a concert that looks over four decades of musical experiments.

Today’s announcement also features a Roskilde Festival debutant in the shape of English FKA Twigs. Her latest album Magdalene from 2019 has aroused the enthusiasm of both reviewers and audiences, and with the album, she reached the status as one of the most important voices of her generation. Her live shows are like her conceptual music videos: theatrical, with entrancing dance breaks, lots of costumes and raw, untethered sensuality – and with her voice as the absolute highlight.

Californian Anderson .Paak has come a long way since appearing on Roskilde Festival’s Apollo Stage in 2016. Two years later, he performed on the much larger Arena Stage with a groovy, party-starting night concert, and this year he will enter the main Orange Stage with his backing band The Free Nationals. Those who like their funky pop confections get their hit, the jazz heads are catered for with Paak and Free Nationals’ drumming, while hip-hop fans get their heavy bottom bass rumble and the introspective and meaningful lyrics.

Since her label debut, Same Trailer Different Park from 2013, things have been going fast for country-pop musician Kacey Musgraves. The debut reached a top spot on the American country hit list, while with the latest record, Golden Hours of 2018, she really brought her country right into the centre of popular music.

Musgraves does not mind stirring up the conservative part of “Countryland” when she advocates kissing girls “if you want to”, rolling joints and railing against misogyny. When Musgraves gives her debut performance at Roskilde Festival 2020, she brings a stellar live band with her: drums, pedal steel, cello, double bass, guitars and 70s synthesizers all create a fantastic brew of sound.

Head of Programme, Anders Wahrén, says:
“What is unique about this generation of artists is how fast they make their mark. Both artistically and when it comes to drawing attention. They quickly develop a huge reach. Artists like FKA Twigs, Anderson .Paak and Kacey Musgraves are important to music, but important voices for the young people too. Along with the other additions to the line-up, they mark the new winds in art.”

The 50th edition of Roskilde Festival will also feature a renowned name in contemporary art, British Martin Creed. In the center of the festival site he erects the monumental sculpture Understanding, a 15 meter long, rotating steel structure, with the title of the work bent in red neon letters.
Creed is the first headliner of the festival’s Art & Activism-programme.