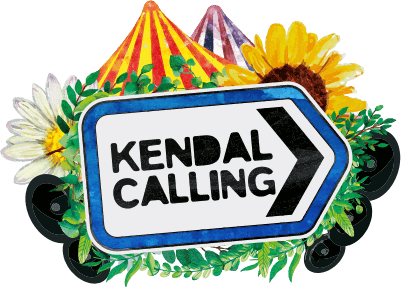 After defining the summer festival experience across 14 sold-out years, Kendal Calling has become a must-visit summer weekender – stepping things up in 2020 to celebrate its 15th anniversary with a bumper lineup of huge names and beloved favourites all heading to Lowther Deer Park between 30th July – 2nd August. With this year’s theme set as ‘Kendal Calling Goes to the Arcade’ – let the games begin, Kendal Calling awaits!

Since beginning life in 2006, Kendal Calling has stood as a jewel in the UK festival crown – leading the way when it comes to the booming festival summer and consistently delivering unforgettable memories and moments. A coming together of music, arts, comedy, entertainment and more, Kendal Calling has lead the way for hundreds of emerging artists and iconic names alike – becoming one of the most in-demand festivals in the country in the process.

The invites are out to old friends and new, to celebrate a 15th birthday that’ll go down in the history books at Lowther Deer Park. Powering up as Kendal Calling Goes to the Arcade for 2020, this year’s headliners and lineup bring together Kendal icons, in-demand modern trailblazers and Kendal debuts for a truly unrivalled weekend.

Topping fan wish-lists for years now, nobody can headline a festival quite like Foals. The Oxford troop have scorched their way to the very top, as one of the most visceral bands of this generation – leaving a string of festivals in their wake, still reeling from the unstoppable performances they’ve become synonymous for. Expanding on their critically revered catalogue last year with the release of ‘Everything Not Saved Will Be Lost Part 1’ and ‘Part 2’, it’s signalled the creative boom of a band who refuse to rest on their laurels. Scooping BRIT Award and Mercury Prize nominations over the past year, constantly demanded by Kendal fans over the years and with an earth shaking live show in their back pocket, their headline appearance at Kendal Calling 2020 is bound to go down in festival history. We’ll see you in the pit.

Stereophonics sit as one of the UK’s most successful bands of the past 25 years, scoring number one after number one with their ready-made anthems and euphoric live shows. Led by Kelly Jones, one of the great British songwriters, their headline turn in 2017 stands as one of the greatest in festival history – and with new album ‘Kind’ continuing their run of number one albums at the end of 2019, they were the first band to call to soundtrack Kendal Calling’s 15th birthday.

Expect soaring singalongs to ring out as the returning Supergrass make their Kendal Calling debut, celebrating 25 years since the Oxford outfit’s Mercury-nominated No.1 debut album release ‘I Should Coco’. Bursting onto the scene with infectious hooks and melodic charm, scooping Brit, Q, NME and Ivor Novello-Awards, the 1995 album marked the beginning of nearly two decades of chart-topping success. Expect a career-spanning Greatest Hits set to be blaring from the rafters as their anticipated reunion rolls into Kendal Calling 2020.

Icons. Pioneers. One of the UK’s most beloved bands, Primal Scream have been reinventing themselves for over 30 years. In the form of Bobby Gillespie, they possess one of rock music’s most vital frontmen – becoming an unrivalled live voice with a catalogue of era-defining anthems. Celebrated in their recent singles compilation ‘Maximum Rock & Roll’, the likes of ‘Movin On Up’, ‘Loaded’, ‘Rock’, ‘Country Girl’, ‘Come Together’ and more are bound to sound extra special when they return to the Kendal Calling main stage this summer.

Festival Director, Andy Smith comments:
“This is it! This is our most staggering lineup yet, to celebrate our 15-year journey. We have been trying to get Foals on the bill for many years, and it’s long been a dream to have Supergrass and their very large back catalogue of hits joining us – the first album I ever bought! But what would a birthday party be without old friends? We are happy campers indeed knowing that Stereophonics, Primal Scream and Dizzee Rascal will be joining us in the fields. The music is only part of the fun – this year more than any other we’re really ramping up immersive activities and games right across the park and very excited to be announcing a whole lineup of new areas, venues, activities and events over the coming months. Roll on summer!”

Also joining the celebrations, Stockport’s own Blossoms are ready to kick up a storm when they call into Lowther Deer Park. Longstanding festival favourites, Blossoms‘ fabled appearances over the years have tied into their trajectory as one of the nation’s favourite new bands, and with new album ‘Foolish Loving Spaces’ released this Friday (January 31st), get ready to catch Blossoms for a bonafide festival memory in the making.

No birthday party is complete without Craig David presents TS5, serving up a cocktail of big beats and dancefloor-hits like nobody else can. Expect a trip through Craig’s cracking chart toppers, fresh remixes and more for a pumping dance-off that’ll put a doink on a huge weekend.

Indie singalongs? Look no further than The Kooks, set to make their debut appearance at Kendal Calling. With a devoted following across the globe, The Kooks have one of the most formidable back catalogues in British guitar music – with ‘Naive’, ‘Always Where I Need To Be’, ‘Ooh La’ and ‘She Moves In Her Own Way’ just a hint of their singalong favourites. After mammoth shows in 2019, expect Kendal Calling to be in collective cheer when Luke Pritchard & Co come to town this July.

He’s just a rascal, Dizzee Rascal! A modern trailblazer, his infectious spirit and unstoppable party bangers have soundtracked countless summer nights in the fields – and it’s only right Mr Rascal is there to send the Lowther Deer Park ‘Bonkers’ with a party celebration that’ll have the ground shaking.

For the first time ever, comedy will make its mark on the Main Stage as Bill Bailey brings his side-splitting show to 2020’s birthday celebrations. One of the most beloved comedians of recent times, Bill’s show incorporates musical stylings and hilarious observations that are bound to fill the fields with the sound of laughter.

Excited to join Kendal’s birthday proceedings, Bill Bailey says:
“I’m delighted to be playing the 15th Kendal Calling. This will be my first time at this great festival… I love performing to new crowds, and I love the Lakes so this is the perfect combo for me!”

The impressive list of acts set to grace the lakes continues with You Me At Six, who come to Kendal Calling fresh from an unstoppable few years, while DMA’s head to Lowther Deer Park for what’s primed to be an unmissable set full of their melodic Aussie charm – with a highly anticipated third studio album in the pipeline. Mr Boombastic himself Shaggy will be serving up his style of infectious reggae tunes to the Kendal faithful, alongside the iconic Johnny Marr, who has become one of the must-see festival artists of the past few years. Make yourself heard, Johnny F***ing Marr is here at Kendal Calling!

Spread across multiple stages, Kendal Calling is packed with a diverse range of sounds and styles all coming together for the ultimate festival weekend. Disco legends Sister Sledge will be bringing the vibes, while Manchester’s own Pale Waves return to Kendal Calling with their turbo-sized indie pop, along with hip-hop legends Jurassic 5, and the BBC Sound Of 2020 shortlisted Easy Life.

Over at our brand new Afterglow area (previously Glow Tent), expect the biggest in bass and beats with a dance party that rings late into the night. Drum and bass titan Andy C heads things up, with appearances from a who’s who in famed party starters. From Hannah Wants, Jungle (DJ Set), Craig Charles, 808 State, Dub Phizik & Strategy, Jaguar Skills, Emerald and a very special DJ Yoda: History Of Gaming set amongst others – the bright lights and sounds of Afterglow ring large again for Kendal Calling’s 15th birthday.

Welcoming back a slew of Kendal Calling Royalty, it wouldn’t be Kendal Calling without the famed songs and presence of The Lancashire Hotpots! Would it be the same if Elvana weren’t bringing their Elvis-meets-Nirvana live riot? Whether it’s Barrioke setting the bangers, or the All Back To Bez’s DJ Set from the Happy Mondays icon or even the get-up and go spirit of Mr Motivator – they’re all playing the game at Kendal Calling 2020. There’s nothing quite like it.

Set in the incredible setting of the Lake District’s Lowther Deer Park, this innovative, fan-focused, independent festival is renowned for more than just music with visitors enjoying four days of arts installations, comedy, cabaret, cinema, magic, kids’ entertainment, gourmet food and real ale all within the confines of what is surely the most beautiful festival site in the UK. Expect gaming delights at every turn, from retro arcade games, crazy challenges, legendary characters, the costume parade and retro sports day fun all setting up shop across the weekend.

Regularly selling out in record time, expect Kendal Calling 2020 to be their most in-demand edition to date – a celebration of 15 spectacular years in the fields, looking back at the festival’s incredible history while looking ahead to an even brighter future.