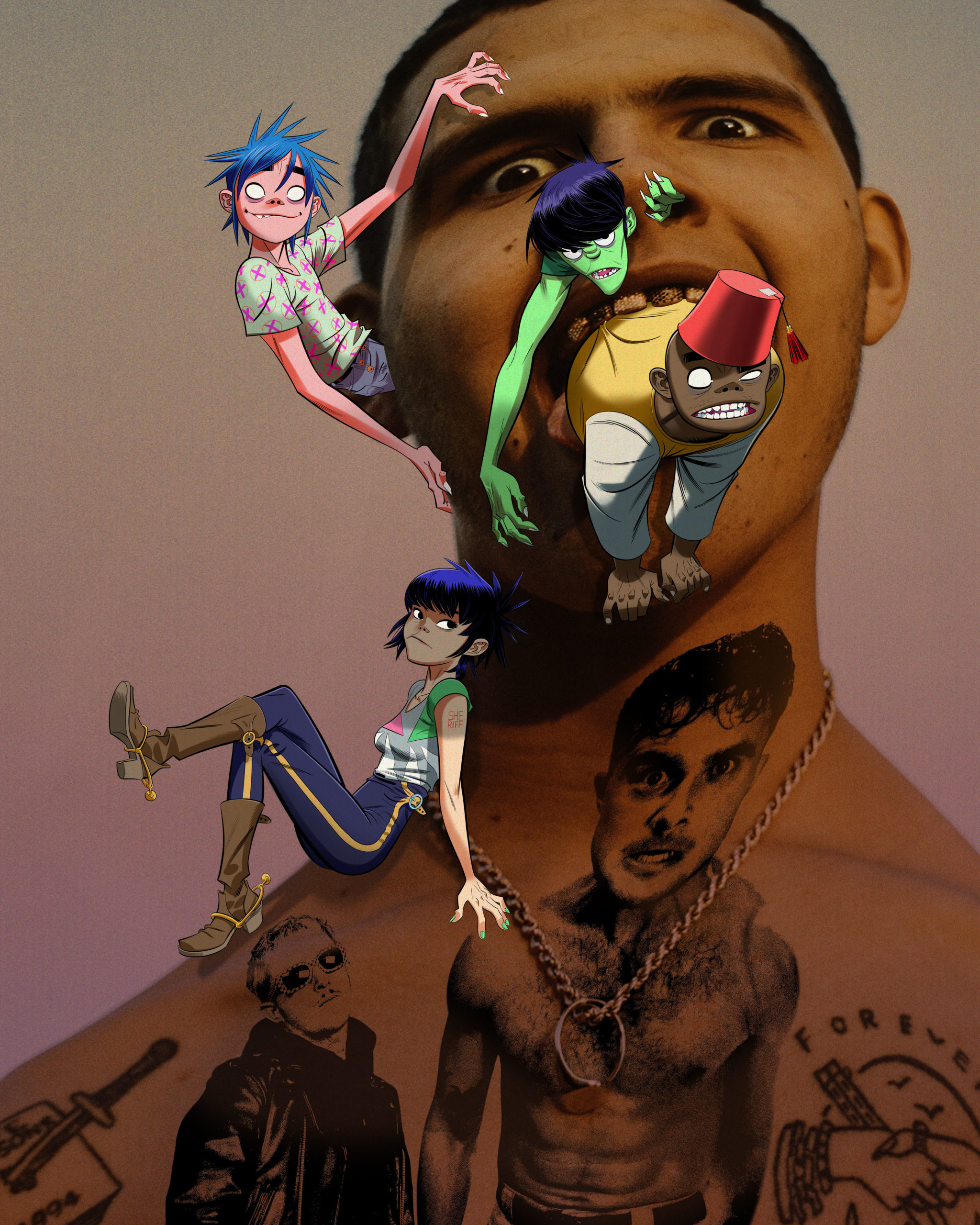 Each episode of Song Machine will be accompanied by Machine Bitez – bitesized conversations between cartoon band members and real life collaborators – LISTEN HERE.

Song Machine is the cartoon music contraption from 2D, Murdoc, Noodle and Russel which spits out brand new episodes fresh from the studio, as and when they happen. Season 1 will see Gorillaz joined by an exciting and ever-evolving roster of as yet unannounced collaborators captured live in Kong Studios alongside the world’s most successful virtual band. The cameras are rolling 24/7, the fourth wall is broken, the kettle is on, the chaos is real, the door is open… What’s coming next? Stay tuned.

The band’s frontman 2D said, “Hello everyone who is reading these words. I’ll keep this short because once you say things you can’t unsay them and they exist in the universe forever, like Tupperware.”

Gorillaz drummer added Russel, “Song Machine is a whole new way of doing what we do. Gorillaz breaking the mould ‘cos the mould got old. World is moving faster than a supercharged particle, so we’ve gotta stay ready to drop. We don’t even know who’s stepping through the studio next. Song Machine feeds on the unknown, runs on pure chaos. So whatever the hell’s coming, we’re primed and ready to produce like there’s no tomorrow. Y’know, just in case…”

Song Machine is the newest concept from one of the most inventive bands around, with Gorillaz disrupting the paradigm all over again. In direct opposition to the usual traditional recording/single/album release cycle, the band again breaks convention in their own round the back door fashion with the spontaneous delivery of episodes throughout the year. The first song straight out of Kong is ‘Momentary Bliss’, which sees Gorillaz team up with slowthai and Slaves for a glorious start to 2020. View Episode 1 here.