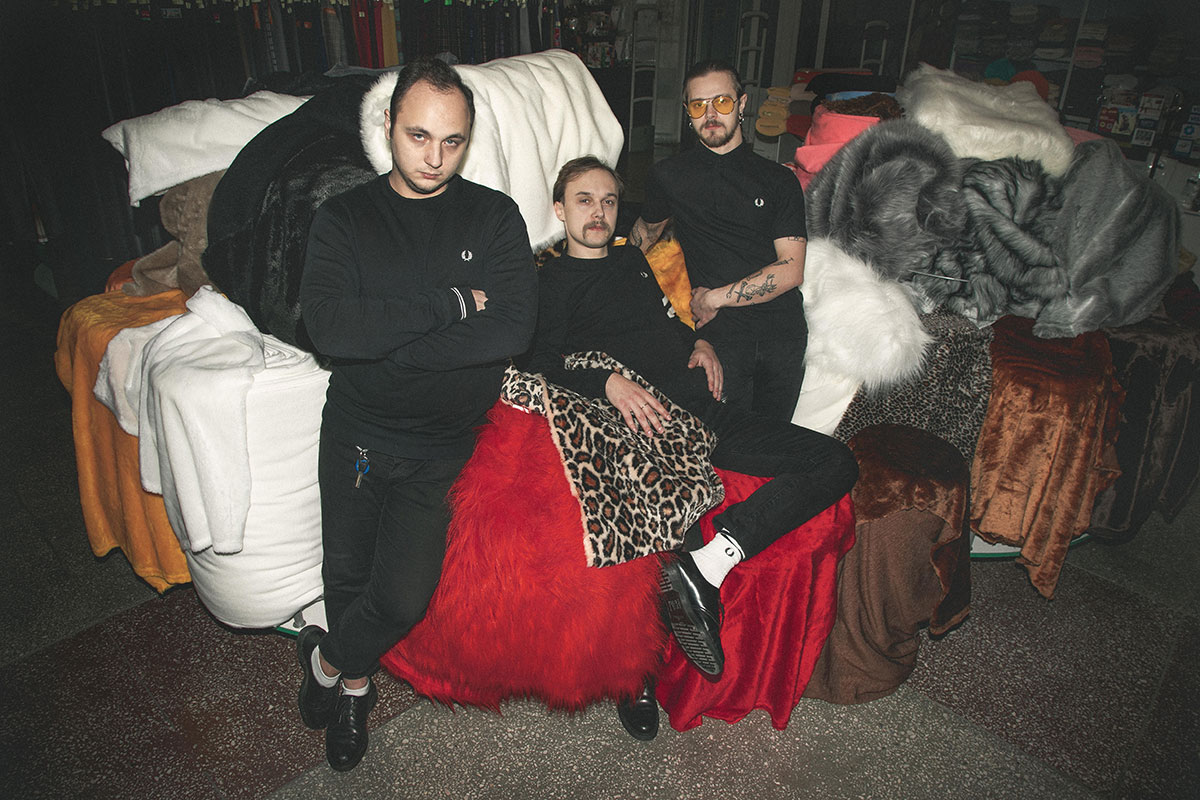 Sacred Bones is proud to announce the signing of Belarusian darkwave act Molchat Doma and the reissue of their first two records, as well as UK and European live dates throughout the next couple of months.

Molchat Doma (translated as “Houses Are Silent”), founded in 2017 in Minsk, Belarus, stands at the intersection of post-punk, new-wave and synth-pop. Dark yet danceable, and with a heavy dose of goth ethos.

The band is comprised of Egor Shkutko, who sings the Russian lyrics in his deep monotone, Roman Komogortsev on guitar, synths, and drum machine, and Pavel Kozlov on bass and synths.

When ‘S Krysh Nashikh Domov’, the debut album, was released in 2017, it announced a bold new voice in underground music. The album found a passionate audience on Bandcamp and other streaming services, and was released on CD and cassette. Sacred Bones Records is proud to present the album on vinyl for the first time.

Their second LP, ‘Etazhi’ (pronounced Etazhi, meaning “Floors”), was first released in 2018 on Berlin-based Detriti Records. It became a viral hit, garnering over one million views on YouTube and becoming a legitimate phenomenon on Bandcamp. The band may fly under the radar in their native Belarus, but they’ve reached huge audiences across Europe and beyond. Six separate vinyl pressings of the album have sold out in quick succession, and Sacred Bones Records will bring the record back in print for good.

Both are available for pre-order now and release on March 27th. Find details below, and expect a new full-length album to be released this Autumn on Sacred Bones.