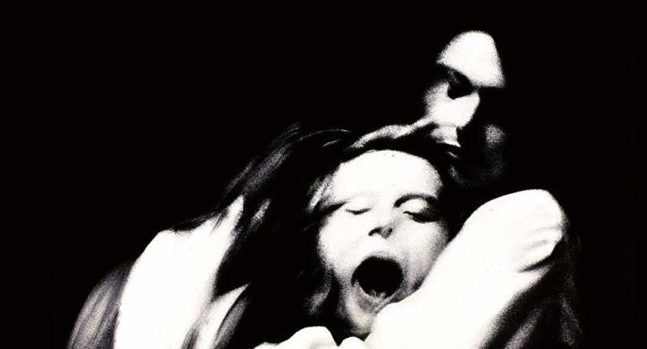 At the 1963 Academy Award ceremony there was some drama behind the scenes. One of the nominees was Bette Davis as an aged child star and tormentor of her wheelchair bound sister in the horror thriller Whatever Happened to Baby Jane? (1963). The award for Best Actress was to be presented to the winner by Davis’s co-star, Joan Crawford who had a well known feud with Davis. She was, therfore, happy to hand the award to the eventual winner, Anne Bancroft as the once blind teacher in The Miracle Worker and handed it over happily in a snub to Davis, although Bancroft was not even present as she was on stage on Broadway, performing in the Brecht play, ‘Mother Courage’. Along with the other winners, Lawrence of Arabia (Best Film) and To Kill a Mockingbird (Best Actor), The Miracle Worker was one of the runaway successes of the night. The other winner was Patty Duke, a sensation as the blind deaf Helen Keller in the same film.

There is no doubting that The Miracle Worker is difficult viewing. Based off Helen Keller’s own experiences and autobiography, ‘The Story of My Life’ about her growing up as a deaf, mute and blind child who was eventually taught language through sign by her Irish and once blind home teacher, Anne Sullivan (Bancroft) before becoming the first deaf and blind person to attain a Bachelor’s degree. Also adapted from his own stage play of the same name by William Gibson, director Arthur Penn’s film closely follows the hardship of Keller’s story. In 1880s rural Alabama, baby Helen becomes deaf and blind as a baby. Her loving parents (played by Inger Swenson and Victor Jory) are clearly struggling with handling the child with an older son and a baby. Helen’s manners and behaviours are almost animal like. They invite a young Irish woman from the Perkins School for the Blind in Massachusetts. When Anne Sullivan (Bancroft) arrives she at the Kellers home, they are surprised to find a young woman in dark glasses. When challenged she tells them that she was blind, had several operations and had sensitive eyes.

In time Anne makes little progress and because she is trying to discipline the young Helen faces a fair degree of violent reaction and struggles with her relationship with Helen as she tries to make her learn to communicate through her own sign and attach words to objects for a girl with no sight or ability to hear. The girl’s parents are unsure how to respond. But when Anne spends an afternoon trying to get Helen to use cutlery and a napkin, the room is turned upside down, but the end result is Helen’s to fold a napkin.

Penn’s film is unusually stark, both in the handling of its subject matter and the filming, shot by a Cuban cinematographer, Ernesto Caparras, who only ever made a couple of films; the angles and the chiaroscuro black and white is almost Expressionistic in its angles, close-ups and starkness. In keeping with a theatre production, there are very few settings. Asides from Anne’s train journey and arrival at the small Alabama town station, the film is set in a bedroom, the back yard, the parlour and the shack Anne’s rents to seclude Helen to teach her in privacy. This merely adds to the film’s feeling of claustrophobia. The film is helpfully devoid of sentimentality which is the film’s strength, unlike many others. The performances by Bancroft and Duke aid this and are stunning, both of whom had re-created their stage performances for the film. 15-year-old Duke considered the end of filming as closure to the role. However, Duke, for the remainder of her career mostly made TV movies, did star in the 1979 TV movie version of The Miracle Worker, this time playing Anne Sullivan.

Released by Eureka Entertainment with a sleeve taken from the film’s original poster reflects the starkness of the film. Released on Blu-ray for the first time in the UK, the only extra on the disc is a 12 minute audio essay by writer and critic Amy Simmons, as well as a collectors booklet with essays by film critic and writer Alexandra Heller-Nicholas, and film critic and author Richard Combs.