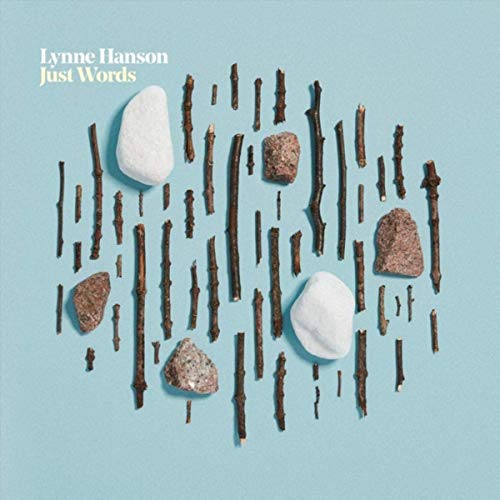 Just Words is the seventh album from Ottowa songwriter Lynne Hanson, which includes her collaboration with Lynn Miles as The Lynnes, who released their 2018 debut album Heartbreak Song for the Radio. With her trademark bluesy Americana sound to the fore, this collection of eleven varied tracks is well written and musically compelling.

Americana can often be a catch-all musical term, but it is appropriate for Lynne Hanson’s work. She mixes blues, folk and country influences together to create a tough style with grit and often difficult subject matter, yet there are also contrasting lighter songs delivered with feeling.

Typical of her gritty side is the title track, a guitar heavy song about verbal bullying. This is a song of pain, often hidden, with a fine vocal performance that portrays the emotion of the song very well. The album’s closer Would You Still also has a blues feel with a prominent bass line and some great guitar work.

Clean Slate has a mainsteam Americana sound with added slide guitar and is a plea for putting aside past mistakes and working together to create a better future. Lollipops and Roses feels darker, with none of the sweetness suggested by its title and an excellent guitar solo that ends the track with real style.

Variety is given to the album by several songs that display Hanson’s musical range. The opening track, and lead single, True Blue Moon is an uptempo and humorous warning not to fall for a poet. Long Way Home has a country tinge, a ballad that tells of walking alone to avoid facing heartbreak. Higher Ground is a lovely bluesy song with a spiritual feel. The slow acoustic Such A Random Thing heads towards folkier territory while Hemingway’s Songbird goes even further, regret dripping from slower vocals.

Lynne Hanson’s music runs across the full spectrum of Americana influences, but what is consistent is the quality of both the songwriting and the performance. Surrounding herself with a supporting cast of Canadian musicians doesn’t hurt either. Just Words is an excellent album.