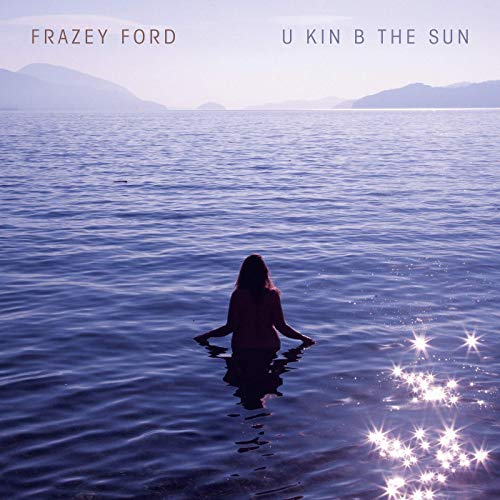 Frazey Ford – U kin B the Sun

Best known as one of the lead singers of Vancouver-based folk trio Be Good Tanyas, Canadian singer songwriter Frazey Ford also has two solo albums to her name. U kin B the Sun is her third release, a laid back and soulful collection that showcases her smoky vocals very nicely.

Frazey Ford’s music has a range of influences. Soul, jazz and even a little country are all represented, although the album is much more Detroit than Nashville. There is also a funk feel to some tracks, with heavy bass backing her evocative vocals in seventies throwback style.

Lead single Azad reflects on Ford’s childhood in rural Canada after her American parents moved north to dodge the draft. The vocals rise and fall throughout over a lush arrangement. New single The Kids Are Having None Of It is more of a protest song, but with a world weary rather than an angry vibe.

The slower Let’s Start Again has a starker piano and bass arrangement that lets the vocals soar beautifully, giving visions of a late night jazz club. Golden has a rich organ sound, the closest to an old school soul song on the album. The vocals are a little indistinct; Ford’s style is more about expressing emotions that words and it works well. Even the track called Motherfucker feels relaxed and loose, nothing like its title might suggest.

Frazey Ford recorded this album in Vancouver, and several of its tracks came from spontaneous collaboration with her longtime bassist Darren Parris and drummer Leon Power. The relaxed and reflective results give a modern take on the classic soul sound and with a voice like hers result in an album well worth hearing.