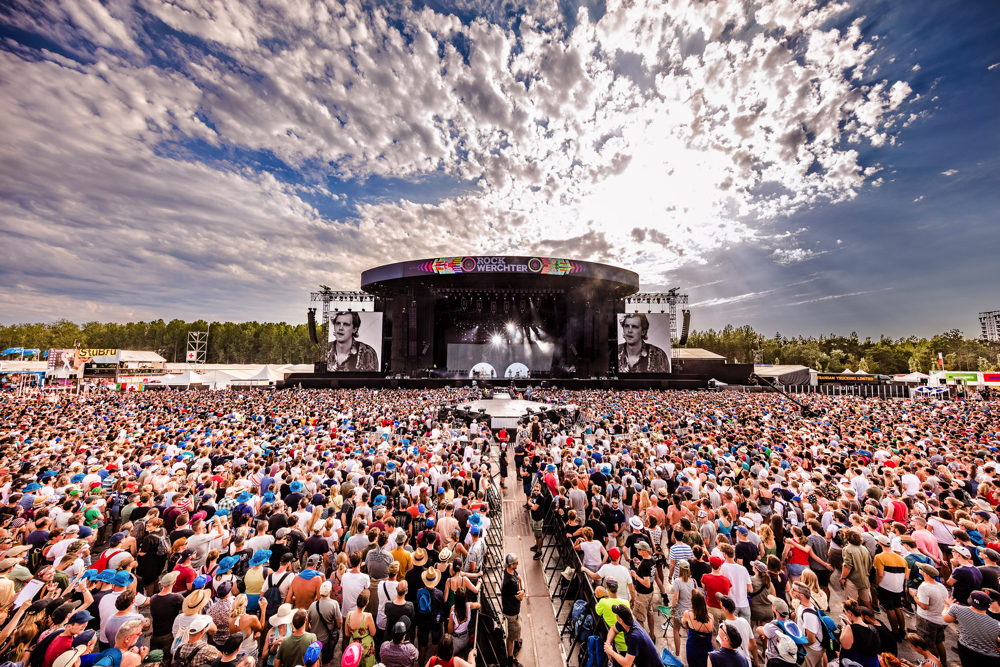 Rock Werchter shapes up for its biggest year

The lineup for Rock Werchter, Belgium’s largest music festival, is gradually shaping up. Huge acts like Pearl Jam, The Strokes, Kendrick Lamar, System of a Down, Twenty One Pilots and Volbeat will take the stage. Other prominent performers on the lineup are Beck, Faith No More, Pixies, Thom Yorke Tomorrow’s Modern Boxes, Anderson .Paak and the Free Nationals and Wilco. Rock Werchter is always a cast-iron guarantee of the best line-up, and it’s no different in 2020.

Sixteen new names have just been announced for the line up. New for Thursday 2 July are Haim, Disclosure and The Big Moon. On Friday 3 July Liam Gallagher, Archive, Bicep Live, Cigarettes After Sex and Brittany Howard play at the festival. Jorja Smith, Jimmy Eat World and Tones and I join the line-up for Saturday 4 July. New on for Sunday 5 July are Placebo, Michael Kiwanuka, Kacey Musgraves, Big Thief and Joost.

The bill was already looking packed, with more huge acts like Lewis Capaldi, The Lumineers, Keane, Rag’n’Bone Man, Black Pumas, Dermot Kennedy, Sum 41, Meute, The Pretty Reckless and The Streets, all spread across four stages over four days this July.

Delivering unrivaled line ups for over four decades, Rock Werchter stakes its reputation on booking the biggest headliners and best young talents every summer and is known around the world for exceeding expectations year after year.

The multi-award winning event determinedly programmes across all genres. From hard rock to soul, and from bright funk to pure pop. From eclectic indie to intimate singer-songwriters, and with a techno-flavoured brass band to top things off.

Anything can and will happen at Rock Werchter, where the conditions are exceptional and the festival feeling is always electric. It’s no wonder this international hit remains a regular fixture in every music lover’s diary.

Tickets for Rock Werchter 2020, which takes place from Thursday 2nd July to Sunday 5th July at the Festivalpark in Werchter (Belgium), are now on sale from ticketmaster.be.