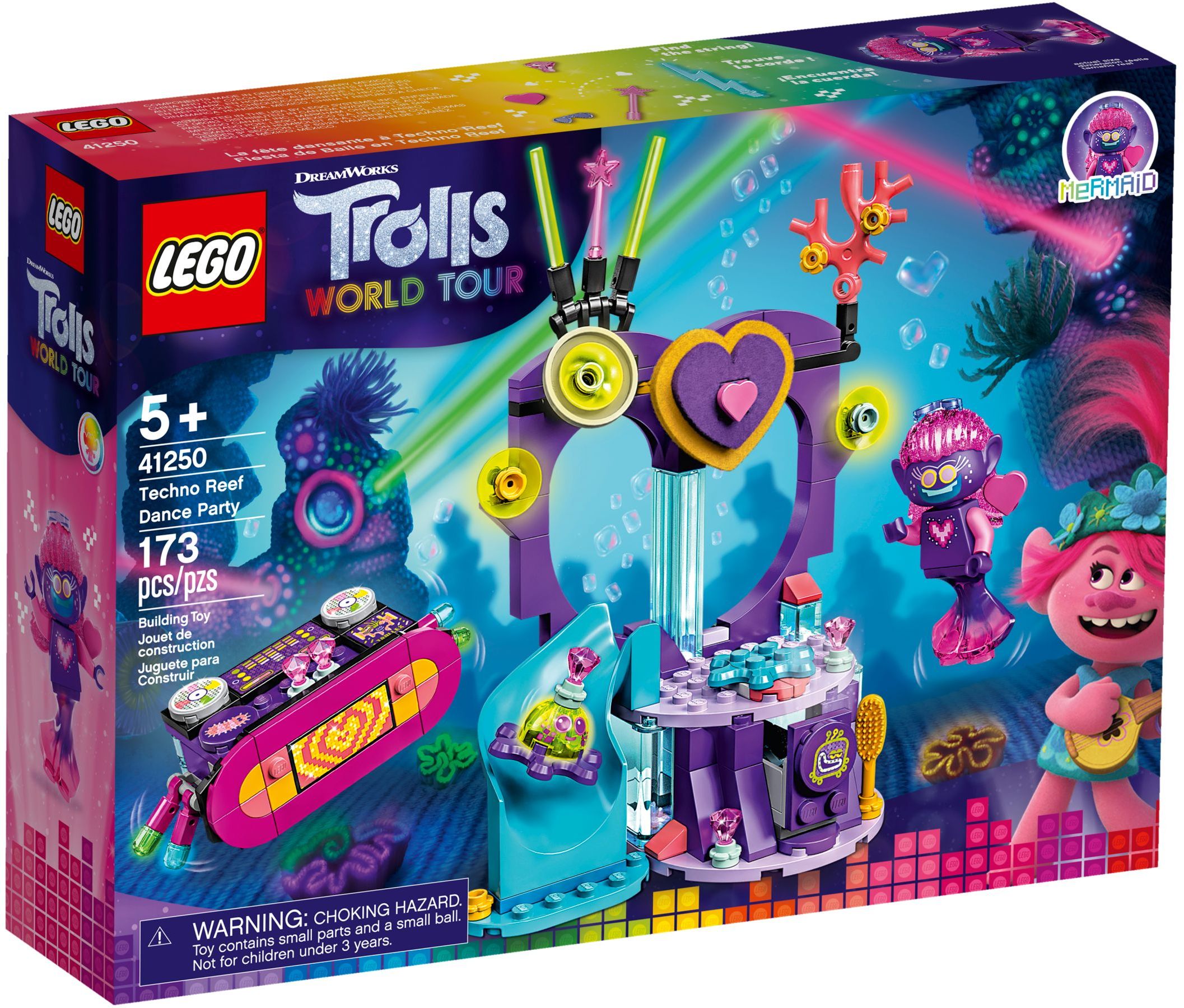 Trolls World Tour is the new animated feature coming from Dreamworks, and LEGO are here to supply their toy brand version to coincide with it.

There is nothing in the way of mechanics with this set. It’s fairly straight forward, but does involve a lot of small pieces, so Parents beware the 5+ age guidance on the box! The trickiest part of the build may well when applying the stickers to some of the bricks.

Aside from that it’s a colourful adventure that kids will enjoy as they build the stereo deck system from booklet 1 and then the main podium from the 2nd booklet.

This set comes with the Mermaid minifig being one of the smaller sets in the series, but there are bigger more elaborate sets out there if that’s what you seek.

It’s a cute, colourful and interactive playset, which any kids wants with their LEGO.  They don’t want it to sit on a shelf looking grand, they want to be able to play with the pieces and move things around as they interact with it, and this set has enough pf that to justify the purchase.  An additional minifig might have added a stronger playability level.

TROLLS WORLD TOUR is released in the UK on 17 April .