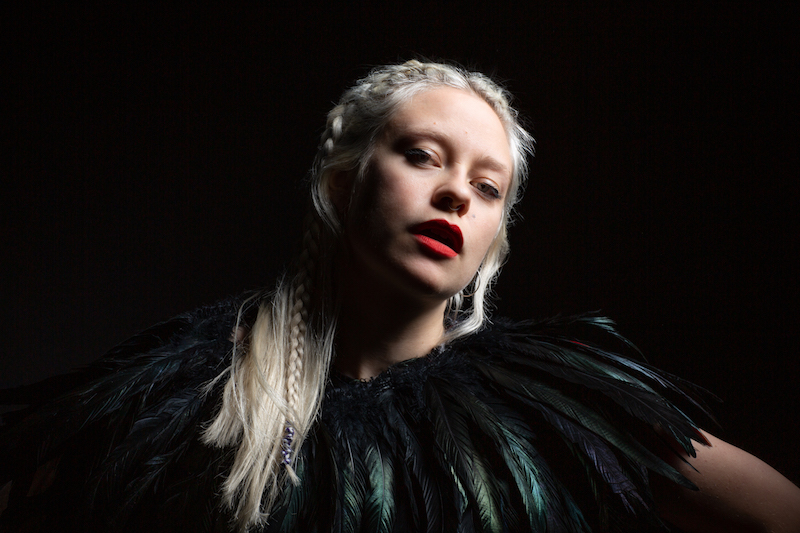 London-based singer-songwriter Anna B Savage has just signed to City Slang and is sharing her new single “Chelsea Hotel #3“, a track about discovering female pleasure.

The song is taken from Savage’s upcoming debut album, which is due later this year.

Speaking about “Chelsea Hotel #3“, Savage said “‘Wank More’ was my 2016 New Year’s Resolution. It was part of my need to battle all the internalised bullshit I had ingested about women. I’ve spent the last few years actively unlearning things I spent my first twenty years passively being fed. Like how women are sexualised, but never allowed to be sexual, they are the object (sometimes even an object). It took me until 21 to start masturbating, even longer to realise that sex was also for me (groundbreaking, I know) and that I had agency and could and should ask for things. It’s wildly frustrating and sad. Out of these thoughts came ‘Chelsea Hotel #3.’

The song, similarly to Leonard Cohen’s ‘Chelsea Hotel #2’, starts with ‘head on an unmade bed’ and tracks a conversation, internal rather than external, that follows. I go through historical experiences of pleasure, both at the hands of others, and my own (and with accoutrements). From a passive, unknowing sexual youth to an active, exploratory modern day version of myself, more willing to acknowledge and, yes, list the things that get me off.

While it’s a naked nod to Cohen’s Janis Joplin in ‘Chelsea Hotel #2′, in my mind it’s an even bigger nod to Chris Kraus’s I Love Dick, a book which prompted me to be able to express myself in this way. The man in ‘Chelsea Hotel #3’ is a stand in for all men, and as I’m telling my story, here he plays the role of the passive pawn and ‘muse’, a like for like role reversal of how women have ‘inspired’ men for centuries.

The song is a groan of boredom for the role of passive, mute, muse women, and a scream for female autonomy and pleasure.”

Savage’s music has long been more concerned with interrogating than solving. Her 2015 EP was deeply intriguing as a project, and especially as a debut; it contained four songs, all of which paired Savage’s deep, rich voice with lyrics rife with insecurity and unfinished business and was released with very little accompanying information about the artist. EP quickly drew the attention of Father John Misty and later Jenny Hval, both of whom brought Savage out on European tours.

For the following years, Savage wrote music for her debut album, stitching together influences and references and snapshots (Rocky Horror Picture Show, the Spice Girls, female pleasure, mental health, and a ceramic owl mug by Scottish alt-rock legend Edwyn Collins, among others), all of which are now sewn into her music like talismans.

Produced by William Doyle (FKA East India Youth), “Chelsea Hotel #3” marks the first new music for Savage since EP and is an enticing first glimpse of what to expect from her upcoming debut album.