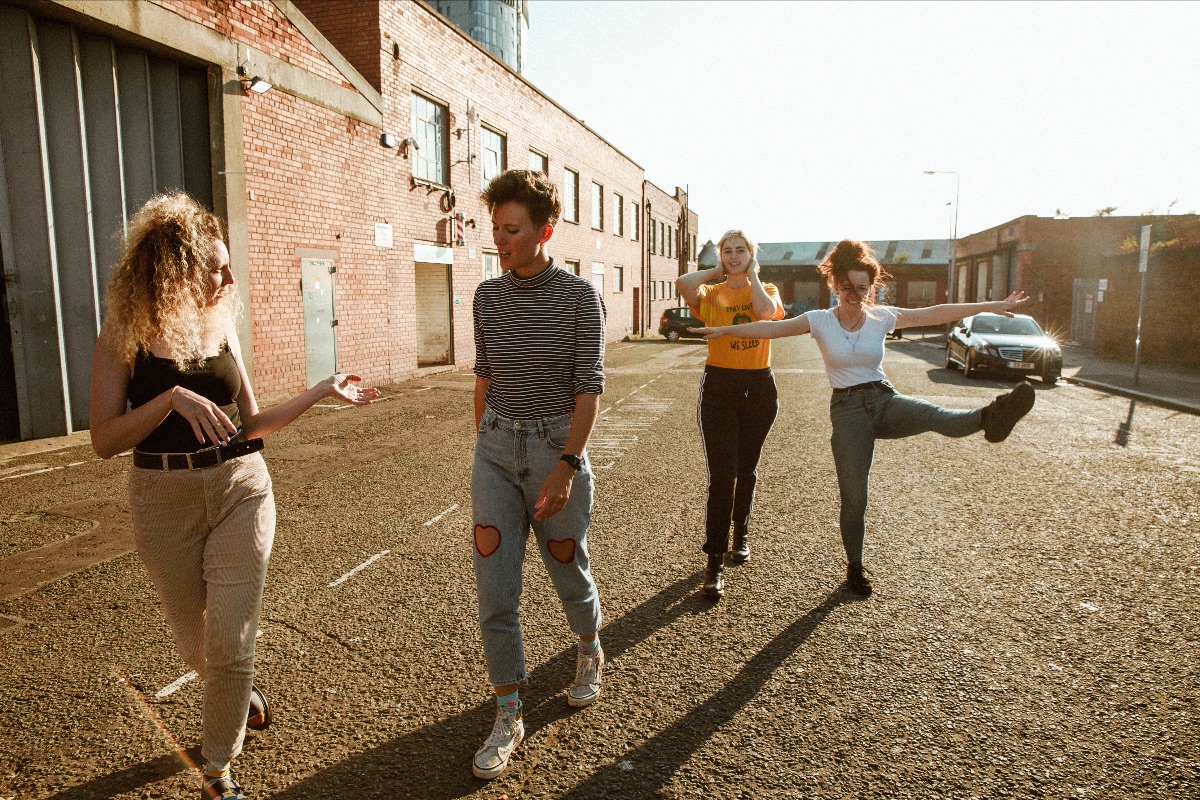 A powerful statement on the lack of justice for survivors of sexual violence, Dream Nails’ new song ‘Payback’ is an explosion of collective rage. It includes a chant from the UK feminist activist group Sisters Uncut: ‘Hey mister, get your hands off my sister’ and the accompanying video footage was filmed at various Sisters Uncut protests and demonstrations. The organisation takes direct action for domestic violence survivors.

Vocalist Janey Starling says “In the UK, only 1.5% of rape cases lead to a charge or summons. Payback is a song about how the UK criminal justice system fails survivors – and we’re angry about it. This is a country where two women are murdered every week by a partner or ex-partner. So many women have lived through sexual and physical abuse, and carry the scars and memories of that – but will never see justice for it.”

Drummer Lucy Katz adds that the track is “fuelled by fury borne from our experiences and the stories we hear from our peers, from the news, and in our day jobs. We are sick and tired of being failed and gaslit again and again by a state and a system that does not care about the continued abuse of women.”

Guitarist Anya Pearson comments on its cathartic nature: “This is a tune to mosh to, throw yourself around with your sisters and non-binary babes in the pit and scream the chorus: ‘One day we’ll make you pay’. It always goes off when we play it live.”

‘Payback’ features on Dream Nails’ self-titled debut album, which will be released on 03 April 2020 via Alcopop! Records. The album was recorded and mixed by Tarek Musa of Spring King, and Rage Against The Machine’s Tom Morello is so enamoured with Dream Nails’ music and ethos that he released their recent single ‘Corporate Realness’ on his Firebrand Records. The album is a queer feminist party. It’s an intoxicating and rallying kaleidoscope of righteous rage, tongue-in-cheek commentary on modern constructs and pure riotous fun. The band’s latest single, ‘Text Me Back (Chirpse Degree Burns)’, which also appears on the album, was named Best New Track in The Guardian and received plays on BBC Radio 1, 6Music, Radio X and Kerrang! Radio.

Dream Nails’ live show is a vibrant, all-consuming experience that’ll find you dancing, singing and shouting along in no time. They’ll be embarking on a headline tour, as well as appearing at various festivals including 2000trees, Wales Goes Pop! and Truck Festival. See below for full listings.