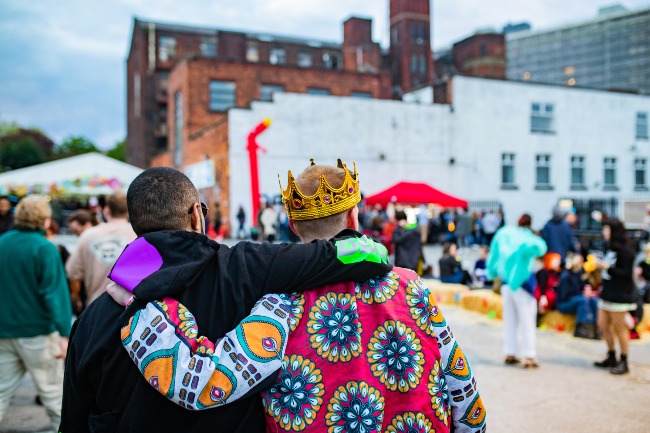 Sounds From The Other City Festival announces first wave of acts

Sounds From The Other Cityis excited to announce the first wave of acts for its 2020 festival, which takes place in Salford on Saturday 2nd May.

In what is set to be an all-timer of a line-up, Welsh music legend and former Super Furry Animal Gruff Rhys will be making his Sounds debut; festival royalty Stealing Sheep make a triumphant return following the release of their third album Big Wows; cult heroes BEAK> finally visit the Other City; there’s a Salford reunion with Jam Rostron aka Planningtorock; and Self Esteem brings her own brand of inimitable outsized pop.

There is also the very best in new and emerging music that the festival has become renowned for with Catalan/Irish creative powerhouse Nuria Graham; much-hyped Manchester noisemakers Organic Zip; Liverpool’s Strawberry Guy; and the singular Handle.

A link up with BBC Radio 3’s Unclassifiedprogramme sees the BBC Philharmonic Orchestra performing with Hatis Noit and cellist Abel Selaocoe at Peel Hall. Elsewhere, Manchester Camerata will be performing the work of Terry Riley and they will be a DJ set from legendary Twisted Nerve / Finders Keepers founder Andy Votel.

The full line-up, including more artists, after-parties and art programme, is set to be announced next month.

As previously announced, the 2020 event will take place throughout the festival’s spiritual home of Chapel Street, as the community festival of art, new music, and culture returns to the pubs, churches and community corners of Salford and a select bunch of Manchester promoters are given creative carte blanche to book some of the best bands in the country. Notably, this year’s capacity is significantly boosted by Manchester promoters YES and Now Wave booking acts for Maxwell Hall for the very first time.

With the usual May Bank Holiday moved for VE Day, SFTOC moves forward to 2nd May 2020 and presents a once-in-a-lifetime chance to experience SFTOC on a Saturday. There will also be some new ingredients added to everything that has made the festival one of the most idiosyncratic and individual events in the country, making sure the best day of the year stays as fresh as ever as it reaches its sixteenth year.

Sounds From The Other CityFestival has been a firm underground favourite since 2005; championing local promoters and celebrating the off-kilter beauty of Salford, the oft-overlooked ‘other city’ to Manchester.

A genuine DIY success story, the past seven years have each sold out. Last year’s fifteenth birthday was celebrated in unique style with Gabe Gurnsey, The Orielles, Black Country New Road and the Mercury-prize nominated Black Midi descending on the Regent Road Trading Estate for a one-off “‘Quindecennial” event. Watch 2019 highlights here.

Tickets for the 2020 festival are on sale now. As ever, the event is expected to sell out well in advance…. so don’t miss out. Tickets are available here.