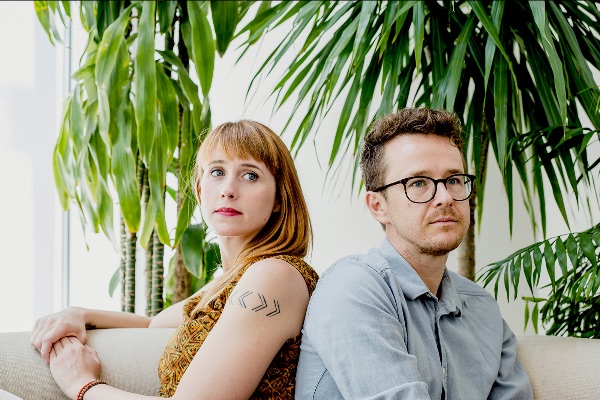 Wye Oak‘s US JOIN tour begins next week, which will see the duo expand to a quintet and perform music across not only their catalog but songs from Andy Stack and Jenn Wasner’s respective solo projects, Joyero and Flock of Dimes.

In anticipation of these exciting shows, Wye Oak have shared a soaring new song, titled “Walk Soft.” Lyrically, it picks up right where preceding standalone single “Fear of Heights” left off by asking a string of questions: “What is the view? / Does it belong to you? / Do you see the same blue as I think I do?” From there, themes of trepidation and risk are escalated by the band’s sonic prowess until a satisfying coda of closure is reached.

Wasner expounds on the meaning behind “Walk Soft”, saying: “When I was younger I used to work at a stable taking care of horses. I thought they were the most beautiful animals on earth, and seemingly so gentle, so it took me a while to learn that they could also be dangerous, if only because they were so much bigger than I was. Love is like this, too—the bigger it feels, the more power it holds. True beauty should be frightening.”

Also arriving today is a short documentary about the band featuring interviews with Wasner and Stack as they discuss their history, their dynamic as performers and collaborators, how that has been perceived by their audience over the years and how their upcoming JOIN shows will differ from any previous Wye Oak performance.

The Wye Oak JOIN band will include Buke and Gase’s Arone Dyer, Landlady’s Adam Schatz, and Pinson Chanselle from Richmond’s Spacebomb collective, all accomplished multi-instrumentalists in their own regard. Together, JOIN is sure to be an all new live experience for a project nearly 15 years in; get your tickets today.