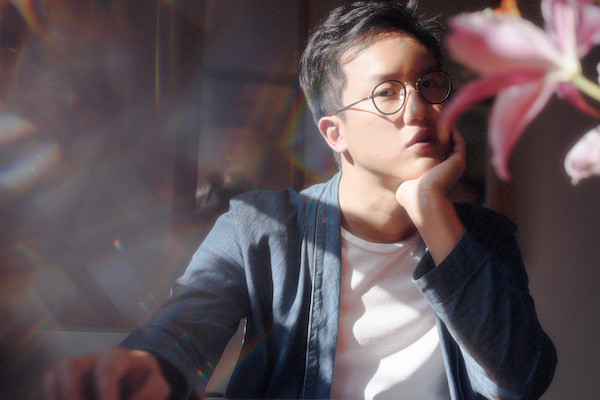 Ian Chang has shared a third track from his debut full-length record, ‘属 Belonging’, which is set for digital release on April 24th with physical release to now follow on May 29th via City Slang.

Following a debut single featuring vocals from Blonde Redhead’s KAZU, “Audacious“ and the atmospheric Chinese New Year inspired “舞狮 Lion Dance“, today he shares “Comfort Me“; which sees his crunching sonic sculptures joined by the silky smooth vocals of Kiah Victoria, taking the track in a sparkling, soulful direction. The track also features Jackson Hill on bass, who Chang has collaborated with in Rafiq Bhatia’s project and in Son Lux, as well as Chang’s ex-roommate Kendrick Lo, who is responsible for the dreamy guitar playing.

Chang offers some insight into the new track: “Two years ago, I left my creative stomping ground, Brooklyn, to move in with my partner in Dallas, a city where I knew almost nobody. For me, this song represents this shift towards cultivating a more isolated existence and creative practice. Of course, the ironic thing is that this song ended up being the most collaborative one. Kiah Victoria and I have been acquaintances for a decade but we never really connected until she reached out asking me to do a remix for “Valet” off of her incredible album Memo. I was listening to her music a ton at the time so remixing her was a very inspiring process. It must have stuck in my brain because I soon started working on “Comfort Me”, and when I was done with the instrumental, I realized that Kiah would be amazing on it.”

Ian Chang has built an impressive roster of progressive pop collaborators such as Moses Sumney, Kazu Makino, Joan As Policewoman, Body Language, Matthew Dear and Rubblebucket, among others, all while performing internationally and recording as a member of Son Lux and Landlady. On his solo work, however, his unique, expressive approach to percussion takes centre stage, leading a cyborg – part purring mechanism, part animate bio-mass rising from primordial ooze.

On ‘属 Belonging’, in nine concise, largely instrumental pop songs, Chang conjures a personal cosmos. At every level, his music sings with earnest and deceptive simplicity. The album’s melodies are intimate, its rhythms rewarding, and yet, just beneath the surface glimmers innovation, as if the neurons firing in each melodic idea have become audible. From the tradition of Bjork, Burial, and Flying Lotus, Chang breathes a new kind of human vulnerability into electronica.

When Chang describes his creative process, the phrase “third culture” keeps coming up. Born in the colony of Hong Kong in 1988, Chang has lived a nomadic life. Stationed out of New York for 10 years, he built an impressive roster of progressive pop collaborators. Now relocated to Dallas, Texas, Chang’s discovered an inquisitive confidence that can only come from newfound isolation. Between tours, he dedicated himself to developing his international musical language, facilitated by a home studio and a burgeoning relationship.

For his first time in the aesthetic driver’s seat, Chang hopes that ‘属 Belonging‘ may connect with those who have found a home in their not-at-homeness. On ‘属 Belonging,’ the sense that nothing is planned yet all falls into place allows us to reconsider what we really need in order to belong. In his willingness to start over again and again, to let the music guide him (instead of the other way around), Chang reveals a home without boundary.  ‘属 Belonging’ introduces a musical contradiction: complete yet ever-evolving, neighbourly yet global, precise yet instinctive, familiar yet innovative.  Ian Chang’s debut both satisfies and challenges modern expectations of catchy electronica. May we find ourselves at home in the paradox.