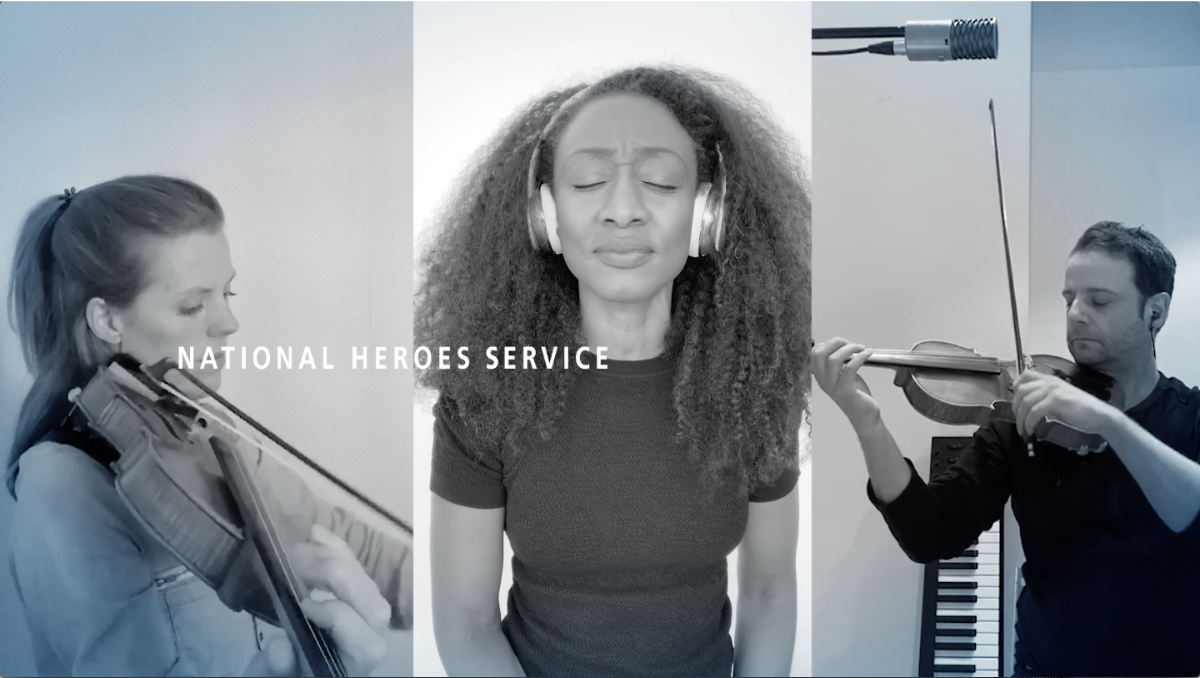 NHS Relief release cover of Bill Withers’ ‘Lean On Me’

Inspired by ‘Clap For Our Carers’, some of the UK’s finest performers (including Joss Stone) have joined together with Beverley Knight & Dr Ranj Singh to lead a viral campaign showing our national backing for the NHS and its volunteers, supporting the mental health and welfare of doctors and nurses throughout and beyond COVID-19.

To do this, a team of singers, musicians, producers, gospel and community choirs, and video editors from across the UK have come together to remotely record a cover of ‘Lean On Me’ by the late Bill Withers. The track will soon be available across all streaming platforms.

The messages are simple: to create a voice of thanks from the nation using the poignant words left by the late Bill Withers, to encapsulate the huge strength of public support for the NHS and everyone involved in tackling this challenge; and to show the nation stands united, through this moving song. And the mission is remarkable: to produce a uniting soundtrack for the current world situation and to leave a musical mark in the same way ‘Clap For Our Carers’ and ‘Make It Blue’ have done, in becoming iconic, beautiful displays of global support.

The idea first came together via brothers Dominic and Alexander Lyon from Young Guns Entertainment, who conceived the idea and brought together friends in the industry to coordinate and produce the song and video.

The legendary Beverley Knight has become an ambassador, bringing on board Joss Stone to lend her vocals to the track, and first became involved due to her strong NHS connections. Beverley’s mother used to be a nurse, her sister works for the 111 Emergency helpline, and her brother has recently battled and recovered from COVID-19.

On joining NHS Relief as ambassador, Beverley comments; “I was asked to come on board by Dom & Al who I had worked with previously and as someone who has at least a third of my entire family working for the NHS, I didn’t only feel compelled, I felt that it was an absolute obligation to get on board and to try to help others as much as I can.”


NHS Relief have also recruited doctor, television presenter, author and columnist – Dr. Ranj Singh – who has joined to lend his weight and support from the perspective of a member working with the NHS on the frontline. He explains; “The NHS is a big part of my life and I know how important it is and how important it is right now. Anything we can do to boost morale and make people on the frontline feel more appreciated is vital because they’re doing an incredible job for all of us. This is a really lovely thing to do for them in return.”


Remarkably, the song has been recorded across 30 studios by producer Ben Mitchell (Sugarhill Gang, Beverley Knight) and Billie Godfrey (Heaven 17), with over 100 voices, all in isolation, and is the first time a track and video has been coordinated using remote studios on this kind of global scale. The song also features vocals from Stephen Bowman from Blake – who suffered severely from COVID-19 for three weeks – but emerged just in time to perform on the track.

It’s time for the nation to continue coming together for our NHS workers and soundtrack the hope, support and belief that is felt throughout the nation.