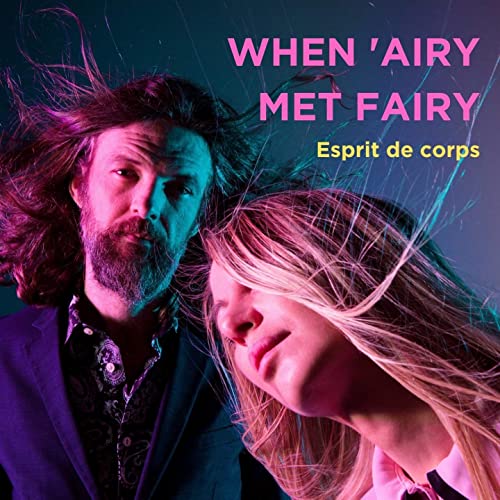 The album was recorded in Mike Koster’s empty apartment, the pair sitting upon derelict wooden floorboards, and it is clear that the stark surroundings are mirrored by much of the music. Opening track That’s My Rock n Roll typifies the approach, with slow piano and rolling bass lines behind soaring vocals. Lead single Going To A Town is, somewhat improbably, a Rufus Wainwright cover. Recorded without ever hearing the original, this version is as atmospheric and powerful, but filled with synth beats. The song was written during the Bush administration and its blunt lyrics are perfect for the current times.

Many of the album’s thirteen tracks express powerful emotions despite the minimalistic approach. Home is warm and gives a sense of safety and refuge. It Was Love expresses strong yearning, while On Your Own Again speaks powerfully to loneliness and alienation. Blanket Of Sorrow is as bleak and mournful as its title suggests, yet there is beauty in its pain.

Inside Your Lungs Superstar sneers at obsessions with image and social media, a heavy drum beat anchoring the track. Closing song Under The Rainbow grows beautifully, the vocals over synth beats simmering but never quite breaking free.

Esprit de Corps is a good album and it shows a musical growth from debut release Glow. The production is still relatively minimalistic but there is more orchestration and a sense of the music being part of the message rather than simply a backing for Thorunn Egilsdottir’s beautiful voice. This is an album that needs a few listens before you really get into its subtleties,  but it is well worth investing the time to do so.