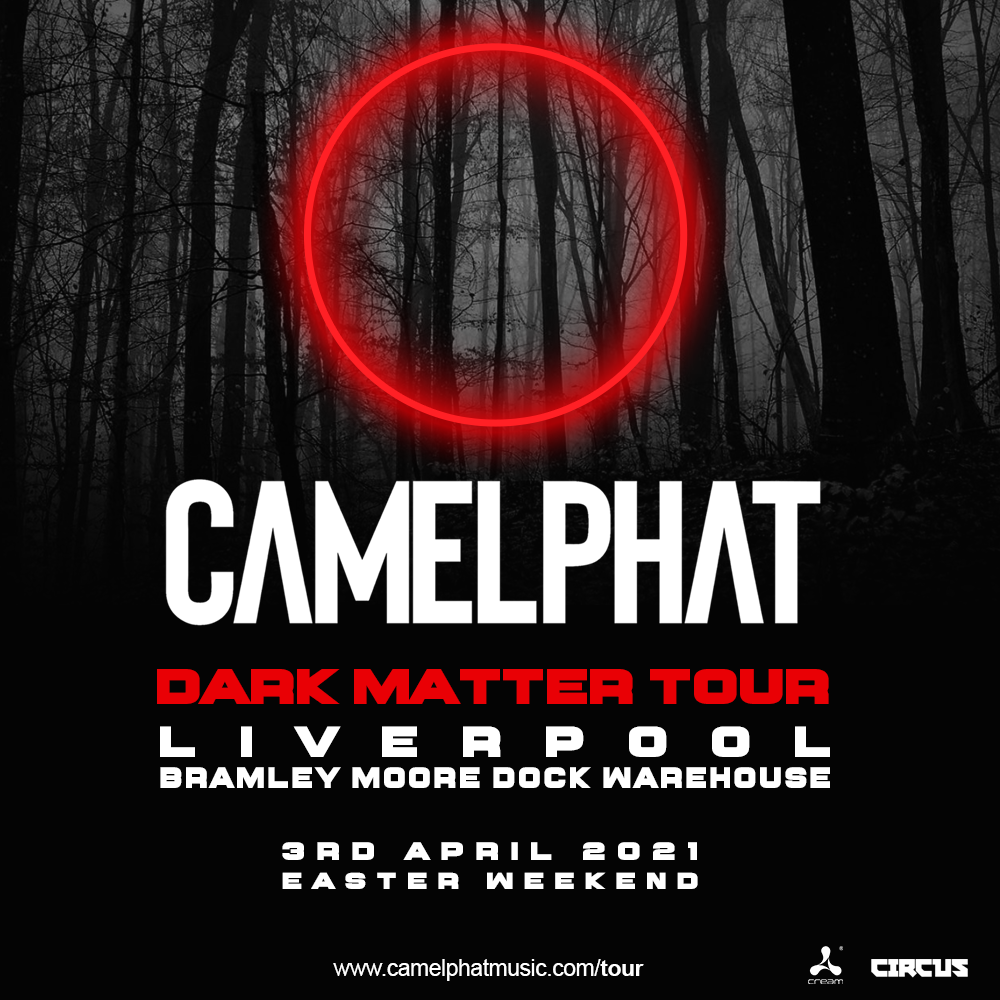 Liverpool electronic duo Camelphat have just announced their biggest tour to date – the ‘Dark Matter Tour’ which will see them perform across the UK and includes a return to their spiritual home for a very special homecoming show at Bramley Moore Dock on Saturday 3rd April Easter weekend.

The Grammy nominated DJ/Producers will be taking their widely acclaimed sound to the masses culminating in their biggest UK headline performance at London’s iconic Wembley Arena.    Having firmly established themselves as one of the most in-demand dance acts on the circuit, making their mark with their 2017 Grammy nominated hit ‘Cola’, Camelphat’s reign has continued with the release of huge hits such as ‘Hypercolour’ featuring Foals frontman Yannis Philippakis, ‘Breathe’, ‘Panic Room’ ft Au/Ra, ‘Rabbit Hole’ and ‘Be Someone’alongside Jake Bugg to name a few.

Having garnered a global fanbase performing at some of the biggest festivals including Glastonbury, Coachella, Reading and Leeds, Parklife and Creamfields which saw them pack out the iconic 15,000 capacity Steel Yard superstructure, there are few acts who have successfully blazed the trail in recent years.  With their last homecoming show in November 2019 selling out in record time, this one will be no different!

Age: 18 and over (Challenge 21 is in operation and valid photo ID is required).