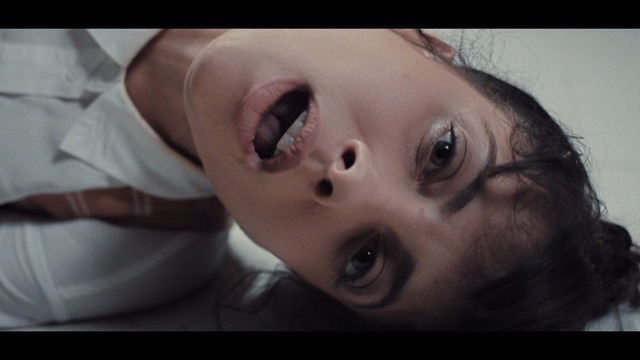 NOGA EREZ opens up about emotional abuse on new single

Today Tel-Aviv based artist Noga Erez shares the next in a series of game-changing singles leading into her mysterious second album (details yet to be announced). “You So Done“ and its striking accompanying video are out now via City Slang – watch it HERE.

Following the sparkling sass of “VIEWS“ and the irresistibly upbeat lockdown anthem “NO news on TV“, Noga Erez and her collaborative partner Ori Rousso‘s latest offering “You So Done” has been highly anticipated online since appearing on NBC’s Good Girls earlier this year. It sees Erez shift from outward looking political themes to personal soul-searching, opening up for a stirring track about rejection, toxic and emotionally violent relationships, and ones own inner violence.

Along with the track she has shared a moving statement, saying: “At some point, exactly one year ago, I started flashing back to one of the darkest times in my life. I was young, incredibly confused and lonely… There was a moment during this period where I was actually so weak, insecure and in need of love that I was not able to step out of what I know now to be an emotionally abusive relationship.” Read the full statement HERE.

She concludes: “It really, truly means the world to me to give this song to you. I hope this story can help some of you to realise that you are not alone. And I really do hope to make it clear that even the darkest places are not impossible to free yourself from. They are eventually an opportunity to learn, grow and to become a stronger person.”

Erez has created a reputation for the captivating videos that accompany her songs, and this latest video sees her step it up a level yet again. Her third collaboration with Tel Aviv-based director Indy Hait sees Erez as a puppet in a dystopian future, being violently flung to-and-fro by an unknown captor.

“The video for “You So Done” was a big risk taker for me” she comments. “Usually, I have an idea or I work with a director on an idea together. Since this was my third video with Indy Hait, I decided to let him do his thing. He offered up an idea that included a robot and I immediately hated it. I was just not able to imagine how it wouldn’t come off as a science fiction video and felt it wasn’t my style. But after talking and tearing the idea apart, I realised that this is a truly meaningful character.

The robot in this video is actually not the violent character.  Its job was to portray the act of violence through transferring the moves from an unseen character and helping them come alive visually. The video uses muscle memory as the ‘engine’ to that violent dance act, and muscle memory is something that fascinates me. Eventually, this video is far from being science fiction, it is my most personal video to date.”