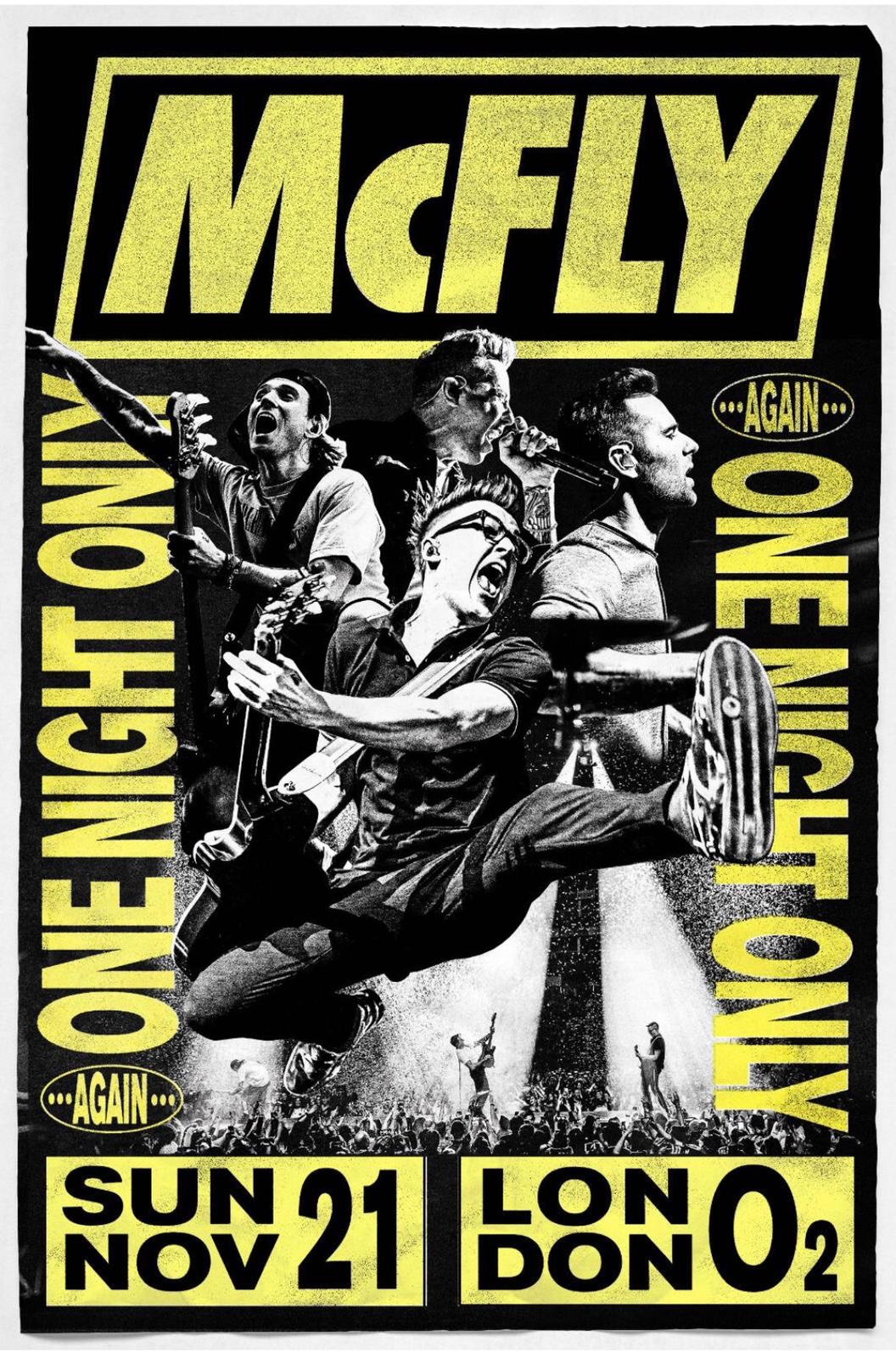 McFly Announce One Off Show At London’s The O2 Arena

In November 2019 McFly played their most recent gig, ‘One Night Only’ at The O2 aena, a sold out stand alone show to mark their reformation and return to music, especially for their fans.

So after such a long wait, McFly want to give their fans another coming together moment two years on from that monumental night at The O2 arena.

Tickets for the show are on pre-sale to McFly Total Access annual subscribers and O2 customers on Wednesday 16th at 9am, with general on sale Friday 18th at 9am.

McFly recently launched their own streaming channel www.mcflytotalaccess.com as a way of connecting with their fans and giving content in age where we are in our own homes more than ever. Fans receive exclusive video content, live stream performances, band Q&A’s and opportunities to get close to McFly in a way never seen before. McFly Total Access annual members also get first access to tickets, early entry and get followed by the band on Instagram.

Having signed their first record deal since 2009 with BMG, McFly have just released their highly anticipated new album ‘Young Dumb Thrills’, their first studio album in 10 years. The single ‘Happiness’ was A listed at Radio 2, with the band performing thetrack on both Britain’s Got Talent and Radio 2’s Live At Home.

McFly are one of the most successful chart acts of their era, racking up 19 top ten hits including seven number ones and seven gold and platinum albums. Now McFly have released a brand new album that sounds “naturally and quintessentially us”.