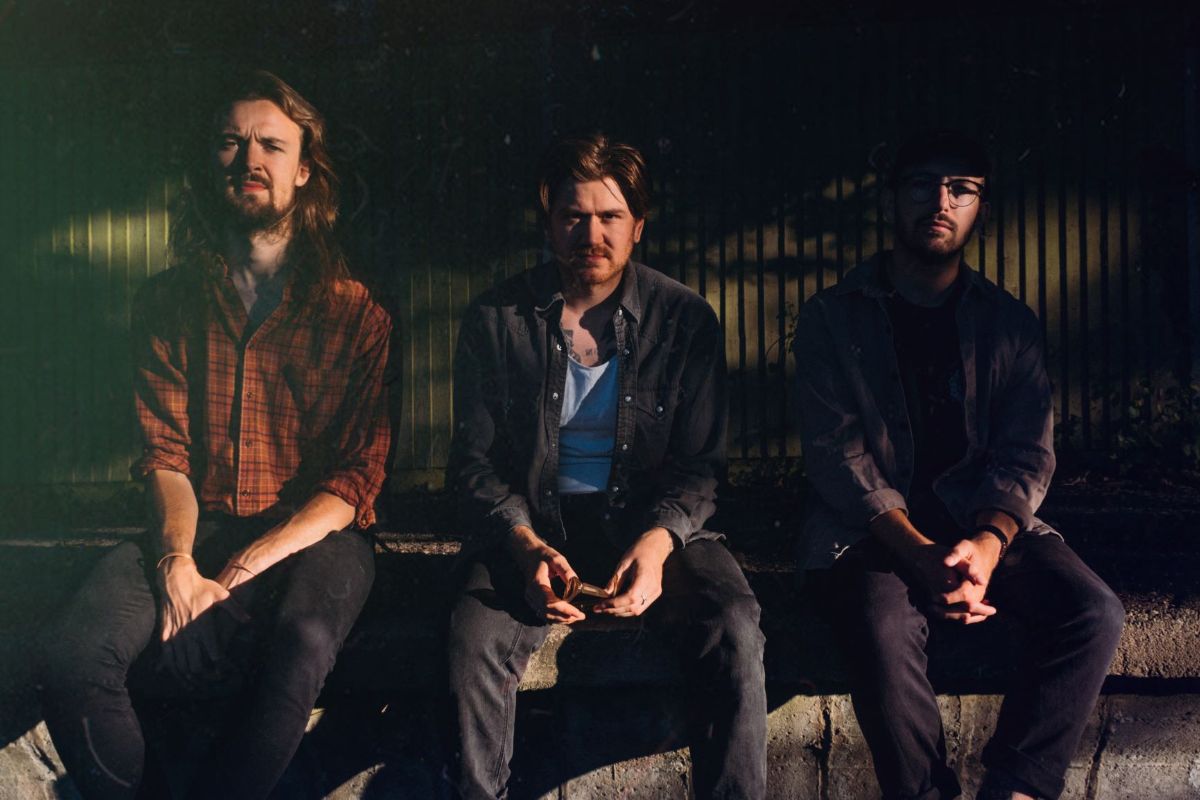 London-based indie-rock newcomers MUTTERING have announced their debut EP ‘Don’t Think About It’ will be out 9th April via Failure By Design Records. The first track to be released from the forthcoming collection is the darkly brooding ‘Swim’.

Back in 2019, the group’s vocalist Chaz Bush penned the unnervingly prophetic lyrics “everything’s gonna change, I can feel it” for the track ‘Swim’, blissfully unaware of the events that would soon unfold and change the world.

“I read an article that suggested the worst thing you can do for the environment is have a child. The idea that you could bring a child into a world that was destined to be catastrophically wetter was playing havoc with my commitment to procreation. These shocking possibilities weren’t only considered by Kevin Costner’s ‘Mariner’ in the 1995 bellyflop ‘Waterworld’, after all…” says Chaz.

“I was consumed by the contradiction of stopping the spread of the human race to protect the human race. We were aware and focused on building something that was never going to last. Why? And can you swim?“ he adds.

The themes of optimism amidst impending doom in ‘Swim’ follow into the other four tracks that comprise the band’s upcoming debut EP. The band refer to it affectionately as a collection of “songs for the end of the world”. They were written quickly and instinctively back in 2019, when the world was a different place. Things may have changed since then but the simple truths held and the messages conveyed are clear and increasingly relevant.

‘Don’t Think About It’ was recorded and mixed by guitarist Tom Hill in his SE London studio ‘The Bookhouse’ and mastered by Dan Coutant (Drug Church, Swain, Lemuria).