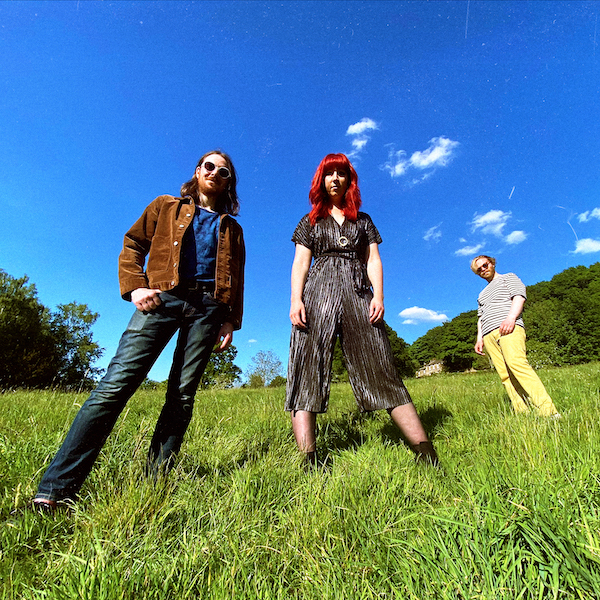 The EP sees the band tear through a mini set of fuzz-drenched, riff-laden songs, filmed and recorded in Eiger Studios, Leeds, UK. In lieu of being able to do live shows during the pandemic, Magick Mountain worked with Taboo Sessions to record an energy-filled live version of 4 album tracks, including the album’s three singles; “King Cobra”, “Cherokee” and “Infinity X2″. The mini-set was premiered live online  on 30th January 2021 and the tracks are now available worldwide.

With tales of infinite space, otherworldly escapes, hazy dreams and Weird Feelings that weave together the supernatural and the visceral; Magick Mountain are a power trio with colossal riffs, entwining harmonies and fistfuls of wild, distorted energy. They are quickly carving out a place for themselves at the vanguard of an exciting new movement of high octane garage-rock bands, and now they prepare for their first full length release.

Taking its title from the album’s very opening utterances, ‘Weird Feelings’ surges forth, brimming with tales of fantastical worlds, ancient mythology and mystical metaphors. Yet for all its surrealist imagery and dramatic sonic escapades, at its heart ‘Weird Feelings’ is an album about real life and the truth of its creators. The vivid stories and symbolic references create parallel meanings, blurring real feelings and fantasy worlds.In the band’s own words, the album is “a kind of bastardisation of tales and beliefs, blending together past, present and future.”