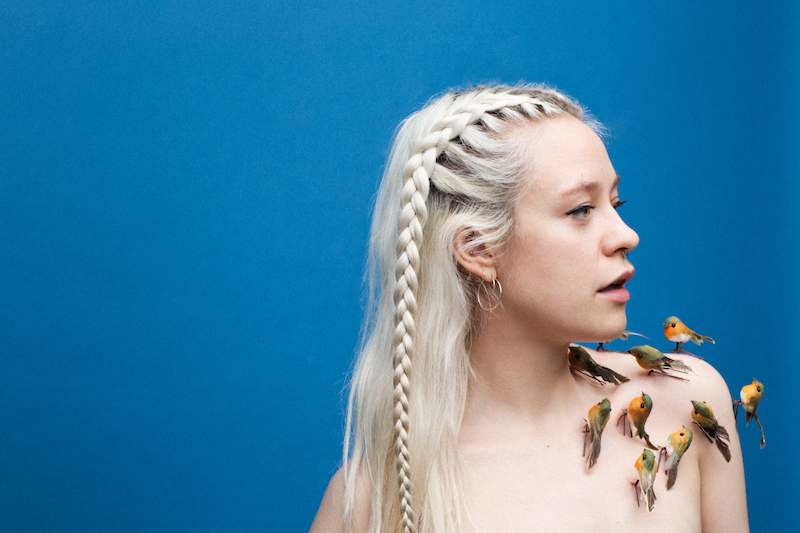 After recently releasing her debut album, London-born Dublin-based singer-songwriter Anna B Savage is sharing a new live recording of her single “Baby Grand“, which was filmed in the Barbican Conservatory in London. Savage’s debut album ‘A Common Turn‘ is out now via City Slang and she will be touring the UK & Europe throughout October and November.

Speaking about the video, Savage said “This song outlines an attempt to silently breach the divide between two people, be that myself and Jem from within the song, or myself and the listener. As always, I loved working in the Barbican, a place which holds a lot of emotional weight for me as it was where I wrote the title track of my album. I feel like the stripped back acoustic version of this song is just as potent as the recorded one, allowing the listener more space to see my attempts to reach out a hand across the void.”

‘A Common Turn’ follows the success of Anna B Savage’s 2015 debut EP, which was praised by press internationally including NPR and The Guardian, and quickly caught the attention of Father John Misty and later Jenny Hval, both of whom took Savage under their wing and brought Savage out on tours. ‘A Common Turn’ is deeply vulnerable but without submission. Savage lays claim to her own fragility, and the stories she tells are of taking up space, finding connections, and owning the power in not knowing all the answers.

Praise for ‘A Common Turn’:
“A defiant masterpiece” 4* – DORK
“Baroque pop at it’s most exhilarating” 4* – MOJO
“Brutally beautiful debut introduces extraordinary new talent” – Prog
“Savage clears a groundbreaking path… the young songwriter reveals a bright future at the end of personal agony” 7/10 – Uncut
“Anna B Savage has made an outstanding first impression” 8/10 – Loud and Quiet
“A remarkable, stirring introduction” 4.5/ – NARC
“‘A Common Turn’ is undoubtedly one of the most notable releases of 2021” 8/10 – Clash
“This is an album on which she soars, held aloft by a combination of vulnerability, vocal grandeur and sincerity” 7/10 – The Line of Best Fit
“Album standout ‘Dead Pursuits’ is a fucking masterpiece.” – The Quietus
“With her stylishly sonorous vocal quaver pitched somewhere between Anohni and Nadine Shah, Savage boldy navigates songs about mental health, self-doubt, and sexuality” 4* – Record Collector