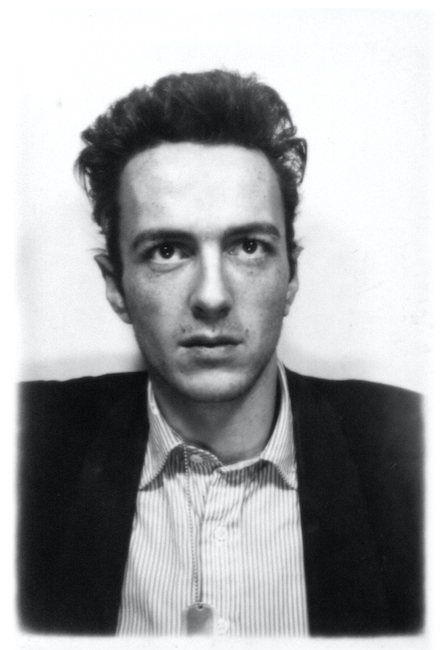 Dark Horse Records is celebrating the upcoming release of its newly remastered collection of solo cuts from Joe Strummer with today’s world premiere of ‘Junco Partner (Acoustic)’. The track is available for streaming now and comes with an accompanying animated, mixed-media video created by Spencer Ramsey. Discovered deep in the legendary artist’s vaults on a hand-labelled cassette tape, ‘Junco Partner’ was a constant throughout Joe’s career. He first discovered the song on a scratchy R&B compilation in the 1970s and it became a staple on the setlist of Joe’s first band, the 101ers, before recording it with The Clash for the seminal ‘Sandinista!’ album in 1980 and it being a mainstay of live shows until the very end of Joe’s career with The Mescaleros. This previously unreleased home recording of ‘Junco Partner’ sees Strummer wailing through the song with just a guitar, offering an intimate insight into his unique vocal delivery and distinctive driving rhythmic guitar playing.

Punk poet, musician, composer, actor, and style icon, Joe Strummer spent his life smashing musical and cultural boundaries both as the singer of The Clash and as a solo artist. His songs sound as urgent and vital today as when they were written. Calling out social injustices and giving a voice to the struggles of the working class, Strummer’s politically-charged lyrics struck a chord with legions of fans and the press alike, with Rolling Stone calling The Clash “the greatest rock & roll band in the world.” “People can change anything they want to,” he famously once said, “and that means everything in the world.” Through his art, Joe Strummer played his part in shaping the musical landscape of the world and with it left an unrivalled and timeless legacy.

George Harrison’s passion for introducing the world to new music expressed itself in May of 1974 when he created his own new label – Dark Horse Records. The label contained a variety of talented artists on its roster, including George himself. ‘ASSEMBLY’ marks the first new Joe Strummer title released via the newly relaunched Dark Horse, led by Dhani Harrison and David Zonshine. For more, please visit www.darkhorserecords.com.