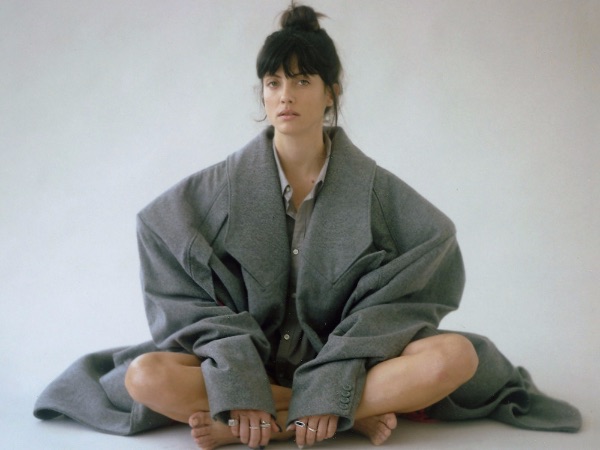 Today, singer-songwriter and producer Noga Erez and collaborative partner ROUSSO have shared a fifth compelling new single from forthcoming album ‘KIDS’ which is set for release on March 26th via City Slang. She has also announced two shows to be live streamed on April 1st and 2nd.

“Story“ is a snappy, addictive song about how couples relationships are always a relationship between two people’s past and present. “Everyone brings their past experiences to the relationship even if things are great” Erez comments. “Sometimes past situations come in and take over.”

As with the album’s previous singles “End of the Road“, “VIEWSfeat. Reo Cragun & ROUSSO,” “NO news on TV feat. ROUSSO” and “You So Done,” “Story” is brought to life with a captivating video, starring Erez and ROUSSO, who also provides vocals on the track.

“ROUSSO is my partner in music as well as my partner in life” she explains. “This is the first time we tell a story about our relationship in a song and video. It’s a song about a couple fighting and how, in that situation, sometimes what you hear the other person say is not what they actually said. The making of this video was a 10-day couples therapy session for us. As we rehearsed the pretend fighting and martial arts moves we knew that, at times, one of us would get punched just a little too hard. It was so intense and interesting to live in this world, where our relationship comes alive in the most physical way.”

On April 1st and 2nd, Erez will present the world of ‘KIDS’ in two live streamed events. “It’s not your typical live show. it’s about pushing the limits” she says. “The making of this performance is a part of the performance itself. An army of dancers, band members & crew become part of the art. This is a world where the visual lines are constantly being blurred. And it will not be replicated.” Details and ticket info can be found here.

Building from the raw politics of her 2017 debut, ‘Off The Radar’, ‘KIDS’ moves closer to home while retaining Noga’s signature smarts and swagger. Its earworms and crisp productions are locked around lyrics that deal with the personal and the political; mortality and loss; war and peace, insecurity and ambition.

“These are songs about what we inherit from past generations, how we pass things on,” Noga comments.”How this game of evolution of our culture and humanity is very much in our hands. We were all somewhat a blank page at some point. KIDS talks about humanity’s potential for both beauty and destruction.”

‘KIDS’ comes packed with chart-worthy outspoken pop anthems for the 21stcentury. Itshowcases Noga’s style, growing into a crisp bombastic sound she crafts with her creative and life partner, Ori Rousso. The new album explores themes of tension and release, anxiety and remedy, and masterly melodic licks in swipes of stomping brass, all wrapped around Noga’s versatile vocals that quick-switch from clipped flow to smoky purr; from stadium chorus to street-ready beats.